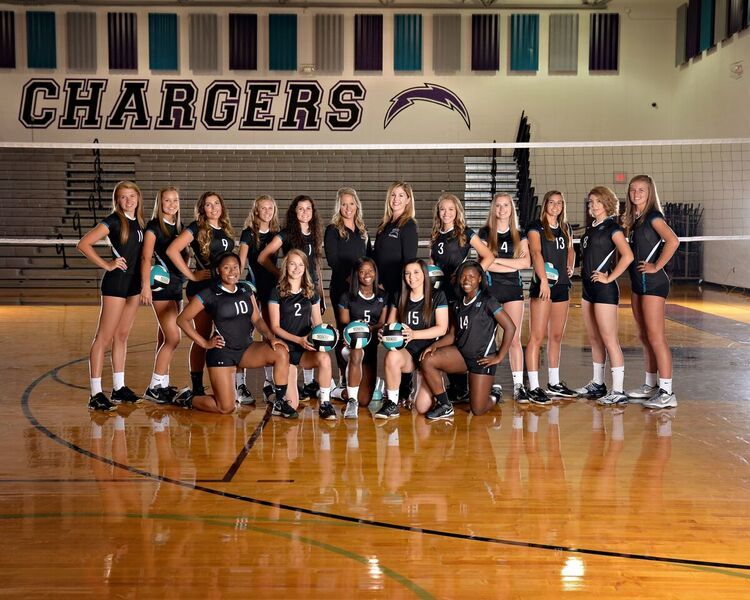 The North Carolina volleyball state tournament wrapped up at NC State University in Raleigh on November 5th, and four teams have claimed victory. You can view the full bracket schedule for each division and scores of each match on MaxPreps.

The team was led by junior middle hitter, Grace Erskine, who made seven kills in the match. Erskine was also awarded the Championship MVP, saying “I am so proud of all that our team has accomplished this year. We have worked really hard all year. I am so honored to have won the MVP award, and I could not have done it without my teammates and coaches by my side.”

Undefeated Carrboro took out previously undefeated Maiden to capture the 2A state title and finish the season 30-0.

After being knocked out of playoffs in the Final Four, in 2014 and 2015, the team was ecstatic to make it to the finals, then cinch the top spot. Junior Destiny Cox led Carrboro in kills (16) and was named Championship MVP. She has been recruited by North Carolina to play in college.

The Chargers were ranked No. 8 in the nation by MaxPreps, led by junior Taylor Rowland, who had 22 kills to seal the team’s Championship victory. Rowland was awarded the Championship MVP and has been recruited by Auburn.

Coach Michelle Phillips said “We were really excited about the outcome of our season. This year our team focus was to be mindful and stay in the present moment. We encouraged the athletes to savor each second that they had on the court, and provided opportunities to develop skills in building relationships and communication. It was an awesome end to an amazing process!”

With such a young, talented team, coach Karl Redelfs is looking forward to next year.