Cristian Savani Leaves Verona Without Ever Suiting Up, Lands at Lube 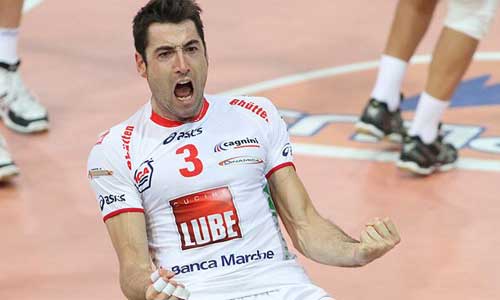 Cristian Savani is heading back to Lube Civitanova after an injury to Riley Barnes. Savani had signed with BluVolley Verona back in July.  Current Photo via Volley Lube

“Cristian Savani returns to Lube Civitanova.” That was all that was posted by Gian Luca Pasini at gazetta.it. That was all that needed to be said. The former Italian captain and Olympic medalist is returning to the club where he won the Italian Serie A1 and the CEV Challenge Cup. Though he was announced as a player with BluVolley Verona back on July, 18, 2018, that was apparently just a trial. It left the door open for Lube to purchase his rights just before the close of the market.

Lube Civitanova was looking for a replacement to the Canadian Riley Barnes after an injury in training with his national team left him with a damage to the ligament in his ankle as well as a fracture. The news show that it would not necessarily be a quick recovery, so Lube looked to the Italian veteran. Fans are still awaiting an official statement from the club.

Remember that Savani was the leading outside hitter for Taiwan Excellence Latina with 347 points last year in the Italian SuperLega. He was only behind opposite Sasha Starovic in terms of point production. Savani finished as the 20th-best scorer in the regular season of the Italian SuperLega last year, though he only hit .257 with a 43.7% success rate in attack. He also contributed 0.44 blocks per set and 0.28 service aces per set.

While Savani started his career in Italy, and has a decorated career with the Italian National Team, he left Europe shortly after retiring from the national team following the 2012 Olympic Games. He has earned the following titles at the international and club levels: