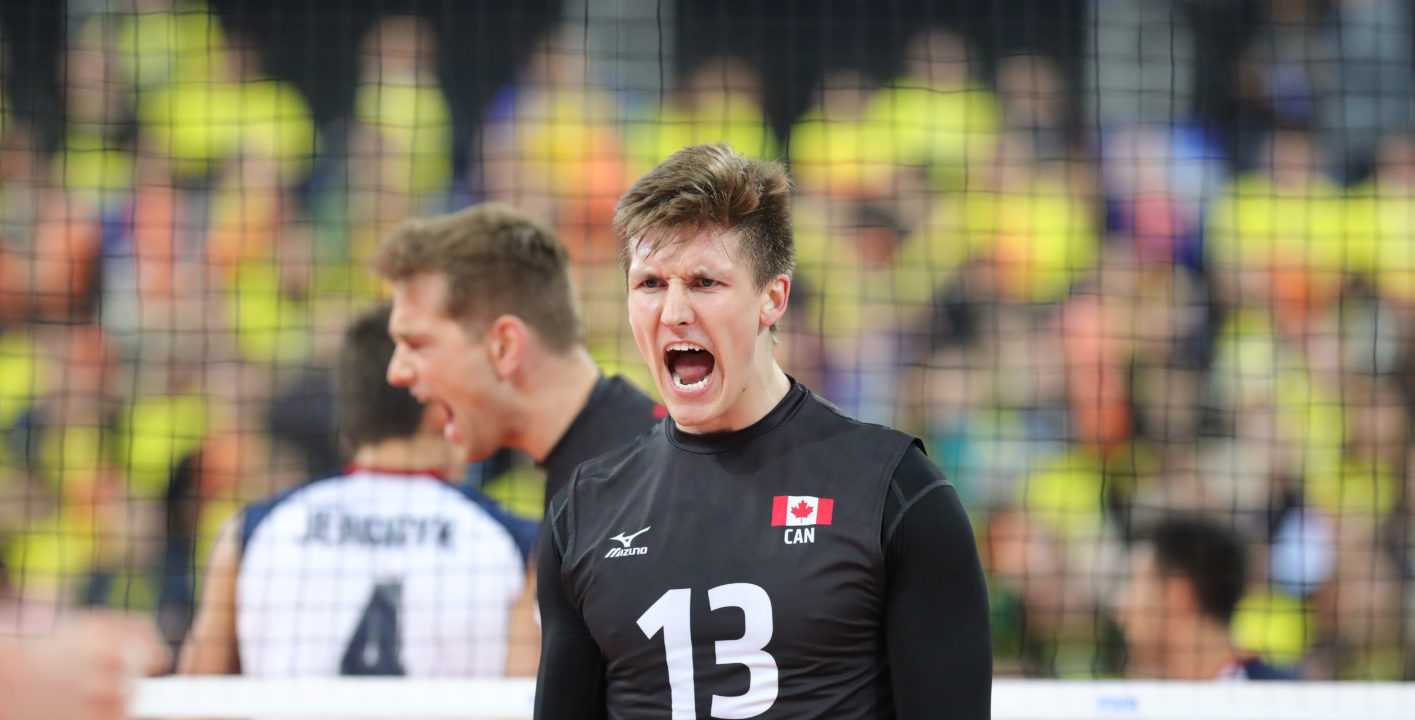 Although not much yet is known of the extent of Barnes injury, Lube's release has stated that ligament damage, as well as a fracture, have been confirmed. Current Photo via FIVB

Canadian and Lube Civitanova‘s fans were met with bad news this week as the team announced in its official website that newly signed Ryley Barnes has suffered a serious ankle injury during training with the national team. The 6’6″ 24-years-old OH, an Edmonton native who played his college ball at the University of Alberta, has just recently joined the team, transferring out of Russia’s Ural Ufa.

Although not much yet is known of the extent of Barnes injury, Lube’s release has stated that ligament damage, as well as a fracture, have been confirmed. The team is in close contact with Canadian doctors to further attest the situation. The injury is really unfortunate for Barnes, as he was about to finally break-in the world’s biggest and most lucrative league.