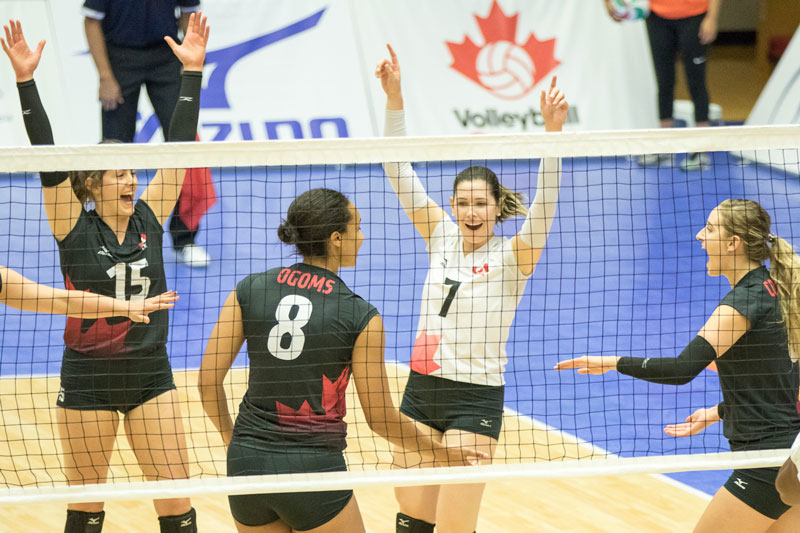 Day one of the competition for the final two women’s NORCECA tickets to the 2018 World Championships began on Thursday with a pair of matches.

The Group B competition features four teams: Canada, Cuba, Nicarague, St. Lucia. The top two will earn their berths to the 2018 Worlds in Japan.

Friday’s slate pits Cuba vs. St. Lucia and Canada vs. Nicaragua. The event wraps up on Sunday with the marquee matchup between Cuba and Canada, although both sides likely will have already earned their spot at Worlds.

Cuba got 13 points from Daymara Lesay in the win, while Amalia Valeska Hernandez paced Nicaragua with 11.

“We feel happy about the victory, and even though the competition wasn’t at a high level, the team performed well,” Cuban coach Wilfredo Robinson Pupo said. “In set number three, we changed the lineup and put some younger players into the match. Sometimes they made so mistakes, but overall, we saw them improve. The next match, our opposition is at the same level as Nicaragua, so we have to continue to practice because our hardest match will be on the last day (against host Canada).”

It took just 54 minutes for the home-standing Canadians to dispatch St. Lucia via sweep.

Alicia Ogoms and Alissa Coulter turned in 13 and 11 points respectively for the Canadian side.

The sets were blowouts save the beginning of Set 3, which saw the teams level at 5, before Canada pulled away.

“I appreciate the spirit in which St. Lucia played; I think they tried to give everything they had and this is what sport is about,” Canadian coach Marcello Abbondanza said. “I think my team was focused and just tried to play our best volleyball. Tomorrow we have Nicaragua and we have to try to have our best to qualify (in the top two) for the World Championships.  Then we can think about Cuba (on Saturday).”

St. Lucia’s coach Kendell Charlery was happy with his team’s effort, due to youth and the caliber of its opponents.

“Well, it was a bit of a tough game, because we know Canada is a tough team,” Charlery said. “We’ve got a pretty young team. Most of our team, this is their first time as senior members. We gave it a shot. We knew it was going to be tough, but we’ve got to pick ourselves up and get ready for another game tomorrow. … You go back home and you know you’ve got to prepare a lot more because the teams in our region are not on this level. The exposure to competion like this is a good experience for the players and a motivator for them as well.”