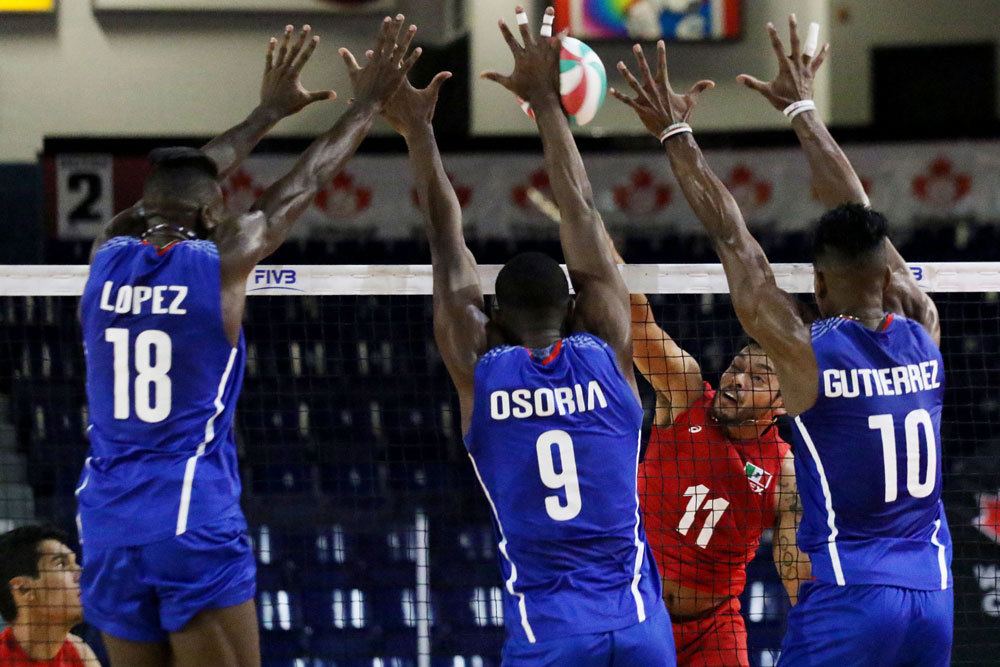 Cuba sewed up a spot in the semifinals after picking up its second straight win at the Pan Am Cup, downing Mexico on Wednesday. The Dominican Republic is tied with the United States at 1-1 after downing the Americans in a sweep. Current Photo via NORCECA

The Dominicans take on Mexico on Wednesday, while the Americans face the defending champions from Cuba to determine quarterfinal seedings. The second and third place teams in each pool advance to the quarterfinals, while the top side earns a pass directly to the semifinals.

The Dominican Republic dominated the USA in all phases of the game, buoyed by four double-digit point performances.

“Today we played better,” Dominican Republic coach Orlando Samuel Blackwood said. “We had good serving, passing, hitting and defense.  This team has not played a lot together, this is only their second match.  Now we are focused on Mexico; we have to win that match.”

“I think the Dominicans were the aggressors today and we kind of played hesitant,” USA captain Jonah Seif said.  “We just weren’t executing the game plan we talked about before the match. I think we need to re-set and just focus on Cuba.  If we dwell on this game, it will just hold us back.  If we can just be more aggressive in serving and attacking and our setting today wasn’t that good, and our passers hung in there; but we’re a strong team when we play well.”

Twelve aces and 11 blocks went a long way toward lifting Cuba to a quick one hour and 10 minute sweep of Mexico on Wednesday.

“The first days are always difficult in any tournament and our players regain their rhythm as the event progresses,” Cuban coach Nicolas Vives said. “Our men played much better and are improving in every game. This is a new generation, a promising one and we are working hard to put Cuba’s volleyball back on track.”

Nestor Orellana led Mexico with seven points, including six kills and a block. Ridl Garay and Julian Duarte chipped in five points apiece, all on kills.

“This is a team traditionally very strong in their serve and blocking,” Mexican coach Jorge Azair said. “They dominated us with their serve and we got desperate. We need to find our composure and prepare for the most important game tomorrow.”