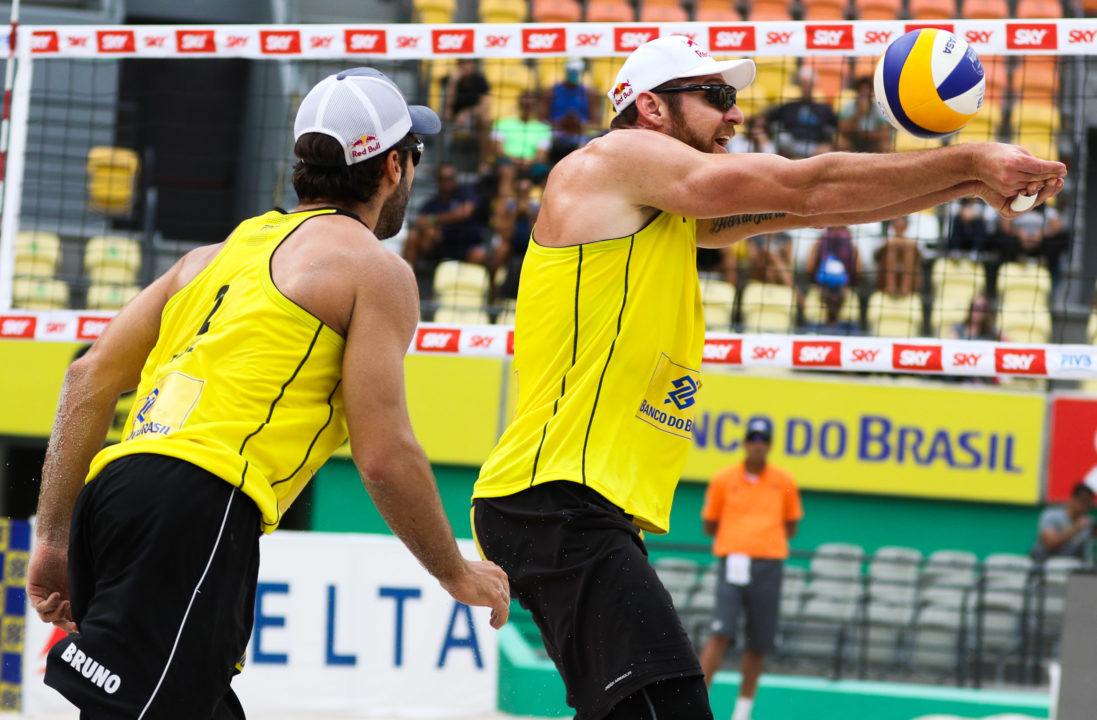 After 4.5 years together, current Olympic Champions Alison Cerutti and Bruno Schmidt have decided to end their partnership. One of the most successful recent tandems in the sport, the duo also won the 2015 World Cup, the 2015 and 2016 World Tours, and countless lower-tier tournaments. Both athletes commented on the news (Globo.com):

“We had wonderful years. I am proud of what we have built together, a team that has been an example to many people, that has achieved all the possible best results. But we now have come to an end. We talked and understood that it is time to look for new things. Most importantly, besides the good memories of so many achievements, there is the friendship, respect and affection we have for one another. As for my new partner, it’s too early to say anything. I’m starting from scratch. I’m going to meet this week with the technical committee and we’ll discuss the future. We have the Olympic qualifying race starting at the beginning of the year and we need to plan everything very well because our goal is to be in Tokyo 2020.” – Alison

“It was four years of a successful partnership. There was nothing lacking in our work. We did everything that was possible and maybe that is why there comes a time when we need to look for new fuels, new horizons. The separation will do good for us. The wear was already a little sharp. Since last year we have been making a lot of effort to keep the partnership just by its name, from what we have won, but there comes a time that that does not work anymore. It was time to seek new air. It is not a relationship breakup though. Volleyball is like any other sport: if you have results, the duo continues, if not, each one seeks his best way to win.” – Bruno

Bruno later reported that he would be retaking his partnership with Pedro Solberg. Together, they were Junior World Champions in 2006. At 31 years old, it is safe to say that Bruno still has a lot of gas left in the tank. So does Alison, who is 32. Will we have the pleasure of seeing the duo now go head to head in the 2020 games?