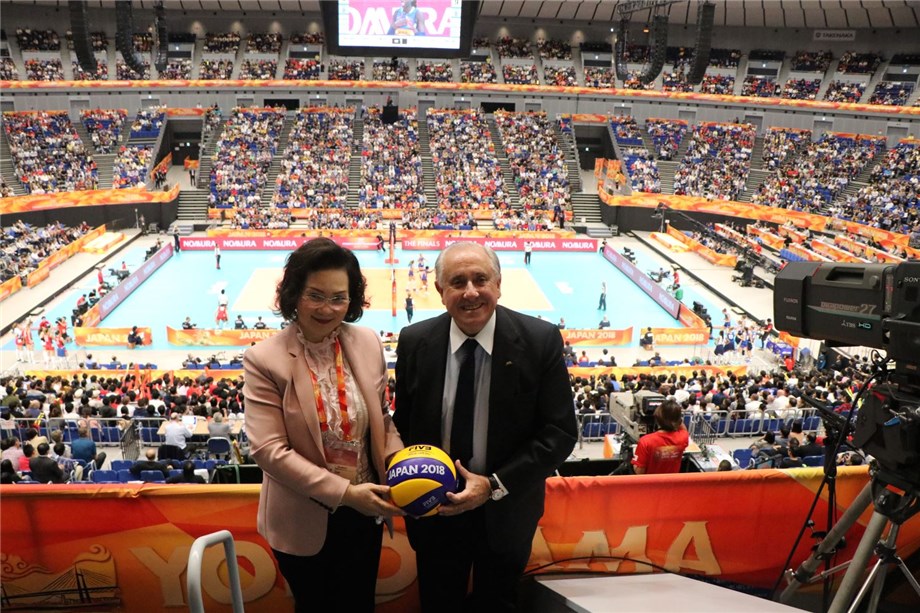 The FIVB can only win by keeping the IOC as a strategic partner, specially now that the volleyball institution is getting some major criticism regarding its Olympic qualifying criteria Current Photo via FIVB

FIVB President Ary Graça continues to push volleyball’s highest institution closer and closer to the IOC. Recently, he met with Thai IOC member Khunying Patama Leeswadtrakul after she was invited to attend Serbia’s exhilarating five-set win against Italy to win WCH gold in Japan. They spoke about volleyball’s recent developments all around the world, including the FIVB’s effort to bring the sport into the digital age, its new snow discipline, and plans for the 2020 Olympic Games. When all was said and done, Leeswadtrakul greatly praised FIVB’s efforts:

“The FIVB continues to take big leaps forward by embracing new innovations, using new forms of media, and introducing sport-entertainment to grow its product. Volleyball is now a ‘sport for all’, a truly global game that can be played in every continent on any climate and the new variations of volleyball such as snow volleyball have created a huge buzz. By giving more people the opportunity to participate in sport we can help make the world a better place. The world is changing and if sport is to stay relevant we have to change with it. I think other sports organisations could gain a lot by following the FIVB’s fine example.”

The FIVB can only win by keeping the IOC as a strategic partner, specially now that the volleyball institution is getting some major criticism regarding its Olympic qualifying criteria. The IOC has a lot of political power within most countries’ major sporting bodies. As to that regard, Graça, also a member of the IOC Marketing Commission, has done a great job in keeping both the institutions close.