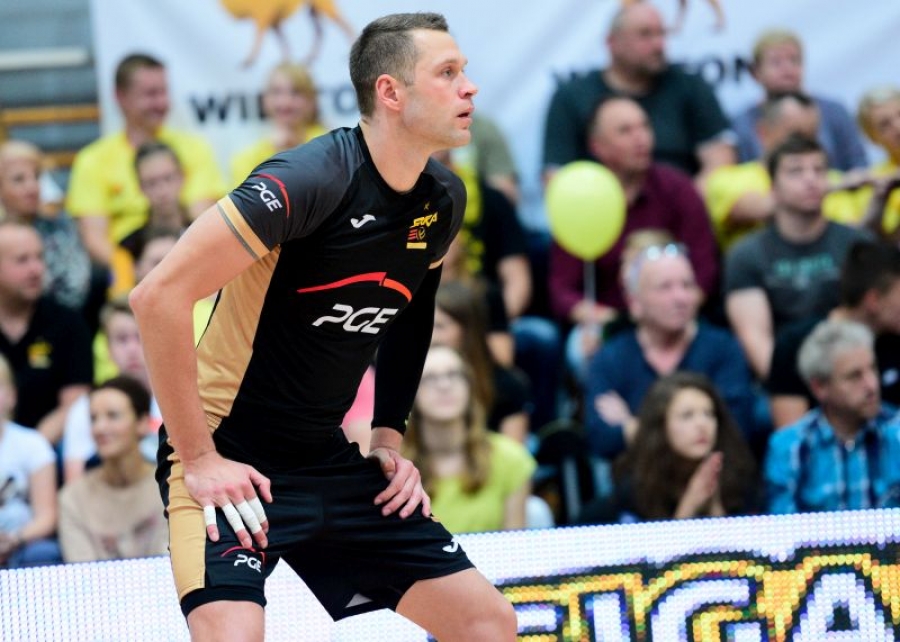 People were wondering where was Patryk Czarnowski in Skra's first two PlusLiga games this season Current Photo via Skra.pl

People were wondering where was Patryk Czarnowski in Skra’s first two PlusLiga games this season. The middle-blocker did not suit up against Bydgoszcz and Bedzin. The team has only recently announced in its official website that the reason for this is a knee injury sustained during pre-season. He underwent surgery this week and will now focus on rehabilitation. Here is what the player had to say to fans:

“I feel good physically, but it is worse when it comes to my psychological state because I know that I will have a long break from training and I will not be able to enter the playing field. This season is very tough because we play not only in the PlusLiga, but also in the Champions League, Club World Championships and other important tournaments for PGE Skra. THe first two PL matches showed that there are no easy games. I wanted to enter the new season with bigger hopes. Unfortunately, the season started with an injury and it hurts mentally.”

A recovery time of three months is to be expected in Patryk’s case. The team will now look for a replacement at the middle spot. It won’t be an easy task, as 6’9″ middle blockers are a hard commodity to come by. Patryk is also a 62% career hitter in 307 PlusLiga games, which makes him even more valuable to the team.