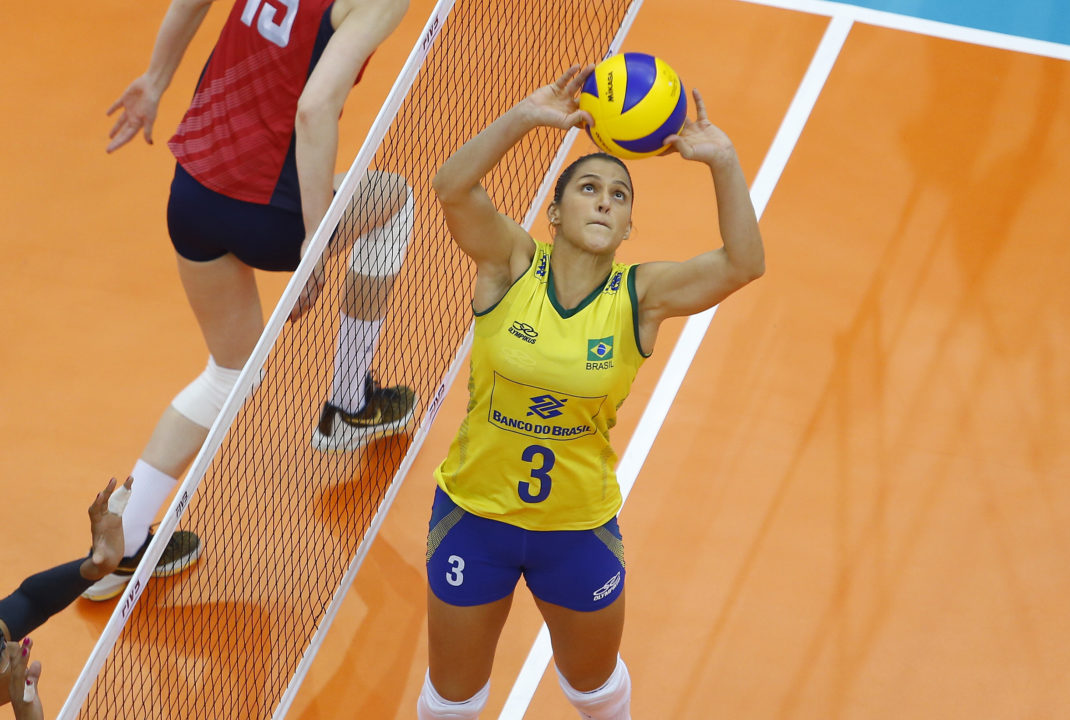 Dani Lins has two Olympic games under her belt as Brazil's starting setter, one of them which netted her a gold medal. She has also won Brazil's Superliga an astonishing seven times.   Stock Photo via FIVB

Brazil is only a few days away from its first matches at FIVB’s Grand Champions Cup. Most fans will notice an important absence in its squad. Olympic gold medalist setter, Dani Lins, won’t be dictating the team’s offense, as she had previously decided to take a sabbatical year to try to get pregnant. This week, she finally celebrated the realization of this dream, announcing a 13-week pregnancy on Instagram. She has already even decided on a name for the baby girl: Lara.

However, the months leading to this realization had been very dire for Lins, per an interview granted by her for Globo.com. Thinking she was doing the right thing, she decided, in her words, to “play it fair” with her team, Vôlei Nestlé Osasco. She announced her intentions tor a pregnancy related sabbatical right at the end of the 2015-2016 season, thinking that the team, in which she has played for during eight season, would still want to have her around. It wasn’t what happened, as Osasco let her go.

She felt betrayed by Osasco, and in her own words, a victim of prejudice. If she had waited until she actually got pregnant to make her announcement, they wouldn’t be able to fire her, according to Brazil’s legislation, as was the case with her Osasco and national team teammate Camila Brait. Brazil’s constitution grants paid maternity leaves to all new moms for up to 5 months, even for workers who are under temporary contracts, such as are most athletes.

A similar case happened in Praia Clube/Uberlândia, Nicole Fawcett‘s new team. National teamer Tandara Caixeta and Karine Guerra were laid off from the team after they announced their pregnancies. Both athletes have sued the team, but no court decision has yet been issued.

This is a very controversial topic. In Spain, for example, most females sign contracts with anti-pregnancy clauses, granting the team the right to fire pregnant athletes right away with no financial compensation. In the WNBA, contracts guarantee payment of 50% of the athlete’s salary in case of pregnancy.

In an environment with such complicated employment relations, both teams’ and players’ associations all around the world should start a dialogue on current practices regarding financial security for pregnant female athletes. In the current scenario, there is too much confusion and uncertainty, and it’s not ideal for either side.