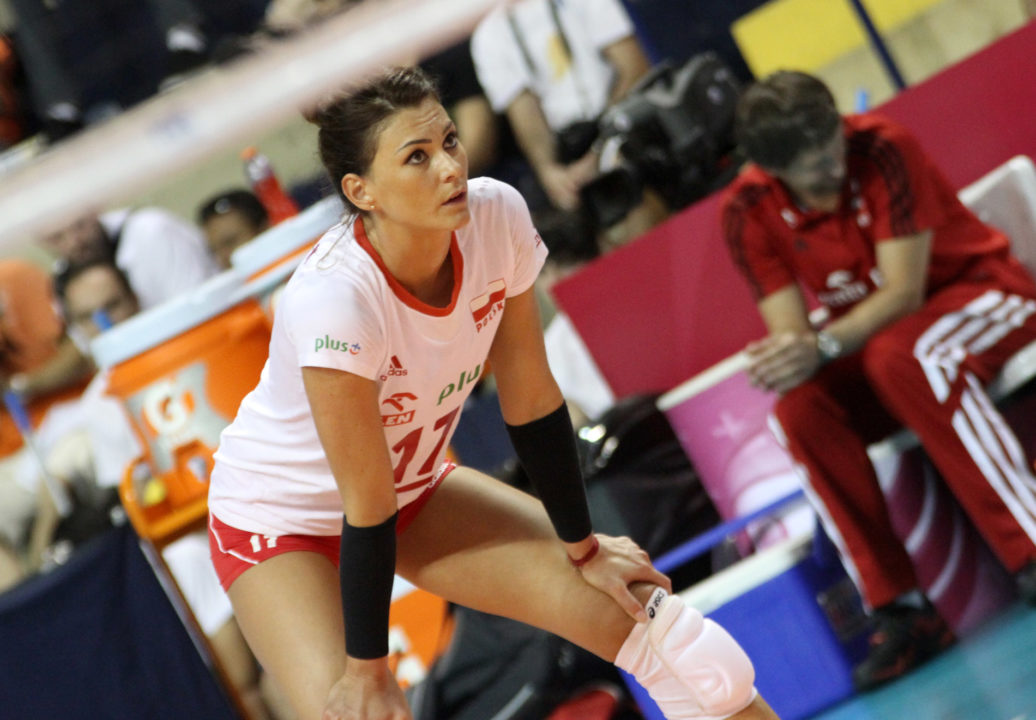 One of the international transfer window’s biggest questions is finally answered. After going to Brazil in June to meet with coach José Roberto Guimarães and evaluate his team’s facilities, Katarzyna Skowronska has finally agreed to sign a contract with Hinode/Barueri for the 2016-2017 season in Brazil’s Superliga, per Brazilian news sources.

We have already mentioned before here in Volleymob Guimarães’s superb recruiting skills. They must have played a big role in Skowronska’s contract negotiation, as rumors has it that the 34 year old 6’2″ outside hitter from Poland was already contemplating retirement. The fact that she had already previously played under Guimarães in Italy’s Pesaro and Turkey’s Fenerbahçe surely influenced her decision.

This is a bold move from Barueri’s general management. She is already 34 years old and some experts say that she is now but a shadow of her old self. She has also been recovering from an ACL tear suffered last season, when she played for Bergamo, in Italy.

Still, Skowronska has a lot of positives going on for her. At the time of her injury, she was the Italian league’s fifth highest scorer, which clearly denotes she can still play at a high level. Also, her many titles show that she is used to winning, something a starting team like Hinode/Barueri desperately needs. In her career, she has won domestic titles in the Italian, Turkish, Chinese and Azeri leagues. She also won the European Championships twice, in 2003 and 2005.

Skowronska is a player used to the spotlight. She played for many superteams in her career, like the millionaires Fenerbahçe and Rabita Baku. Thus, she has more than what it takes to play under one the most scrutinized and media drawing coaches in the world. Even if she is not in the best shape of her career by now, which is understandable given her age, she will be able to act as a great mentor for Barueri’s up and coming stars, such as young national teamers Naiane Rios and Edinara Brancher.