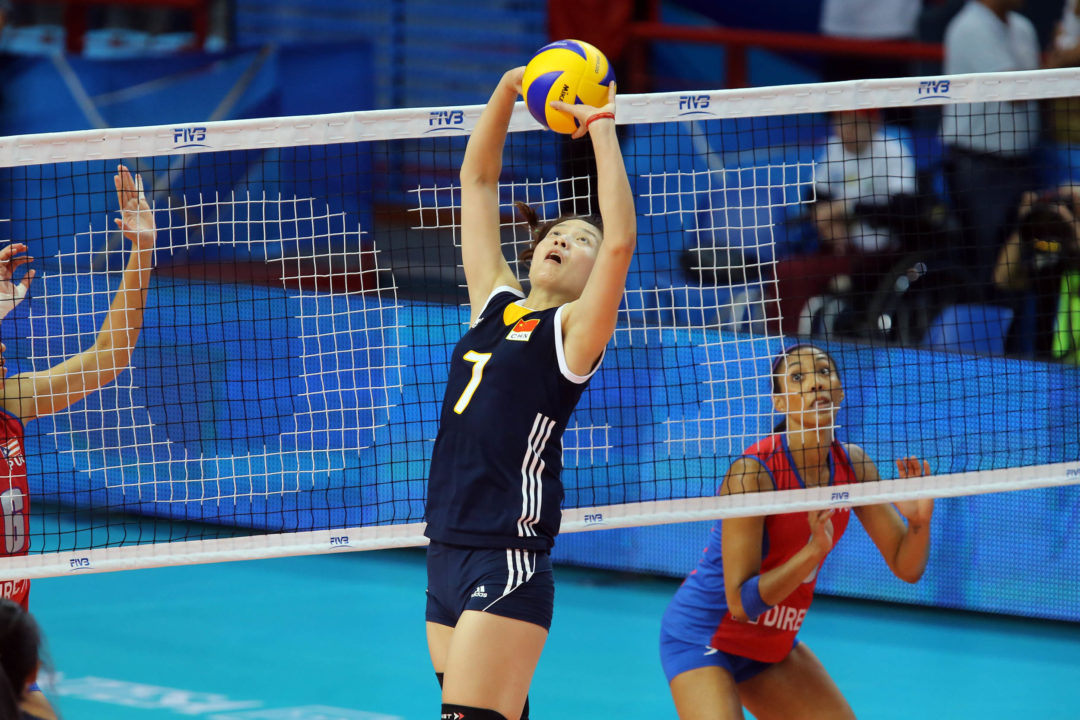 One of the best players of her generation, China's national team captain at the 2016 Rio Olympic Games says goodbye to the courts. Archive Photo via FIVB

One of the most accomplished young setters in female volleyball has just announced her retirement, per Volleywod.com. Citing chronic knee problems, Wei Qiuyue decided to call it quits and focus on her personal life and the start of a family.

Although very young, she won important titles in the court. Most notably, she captained the Chinese national team to a gold medal in the 2016 Rio Olympic games and in the 2015 FIVB World Cup. She also added 2014 World Championships’ and 2007 FIVB Grand Prix’s silver medals and a 2008 Olympic games bronze medal to her long list of accolades.

She made her final appearance on the court last week, at the recently concluded Chinese domestic league. Her farewell was made even more dramatic because it was done in front of Tianjin Bridgestone’s home crowd, the same team where she played 13 out of her 14 professional careers. There were lots of tears from her teammates, team officials, and the crowd.

Even though she retired from the national team after the Rio Games, it is still very sad to see one of the great players of her generations retiring so soon, specially from injuries. Sadly, this is too common of a trend, as we already have reported in Volleymob.com various cases of injury related early retirements in NCAA Volleyball: