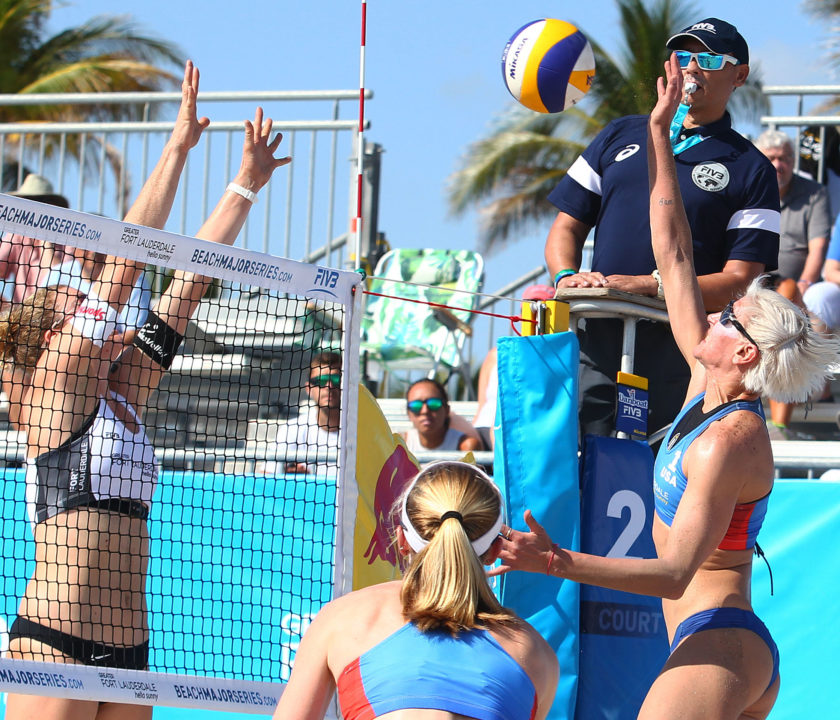 The No. 2, 3, 4 and 5 qualifiers on the men's side, including defending Fort Lauderdale gold medalists Alvaro Filho/Saymon Barbosa, the No. 3 seed from Brazil, are out. On the women's side, Americans Brittany Hochevar/Emily Day were one of eight teams to move on to the main draw. Current Photo via FIVB

While the tournament officially began with four country quota matches on Monday, the Fort Lauderdale Beach Major began in earnest on Tuesday with the qualifying rounds and shocks were a plenty.

The No. 2, 3, 4 and 5 qualifiers on the men’s side, including defending Fort Lauderdale gold medalists Alvaro Filho/Saymon Barbosa, the No. 3 seed from Brazil, are out. Also making an early exit are: No. 2 seed Mariusz Prudel/Jakub Szalankiewicz (Poland), who won the Kish Island Three Star on Sunday; No. 4 seed Markus Bockermann/Lars Fluggen (Germany) and No. 5 seed Billy Allen/Ryan Doherty (USA). All four fell in the second round of qualifying.

Advancing through the country quota to the qualifier on the men’s side was American duo Trevor Crabb and Skylar Del Sol, while Brazilians Taiana Lima and Carol Horta advanced on the women’s side.

Crabb/Del Sol lost in the opening round of qualifying in a three-set match against Ermacora/Pristauz, who later downed countrymen Allen/Doherty.

Lima and Horta continued their success in the qualifying rounds, winning two straight-set matches to move on to the main draw. The pair are in their first tournament together.

“It was really important for us to play in the county quota because we are a new team and we practically don’t know each other on the court,” Carol said.  “We had only one practice since we went to the country quota we start learning about each other.  Then with the qualification tournament as well, it gives us much better hopes for the main draw.”

Americans Brittany Hochevar and Emily Day, the 11th seed in the qualifiers, advanced with a three-setter over Switzerland and a straight set win over Austria. 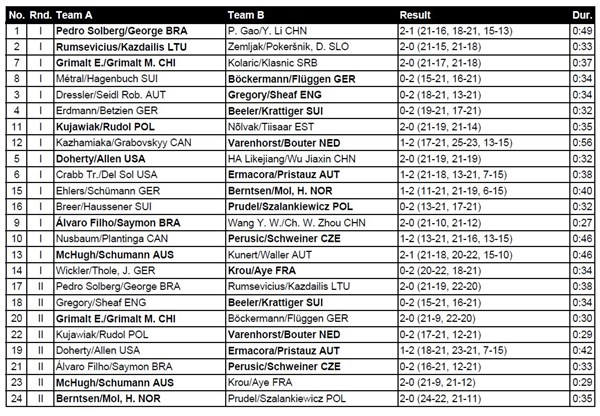 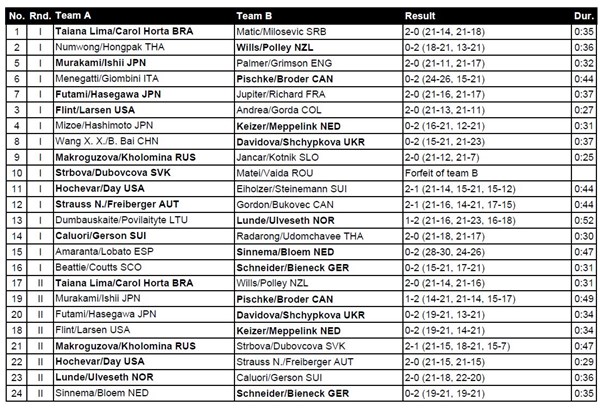