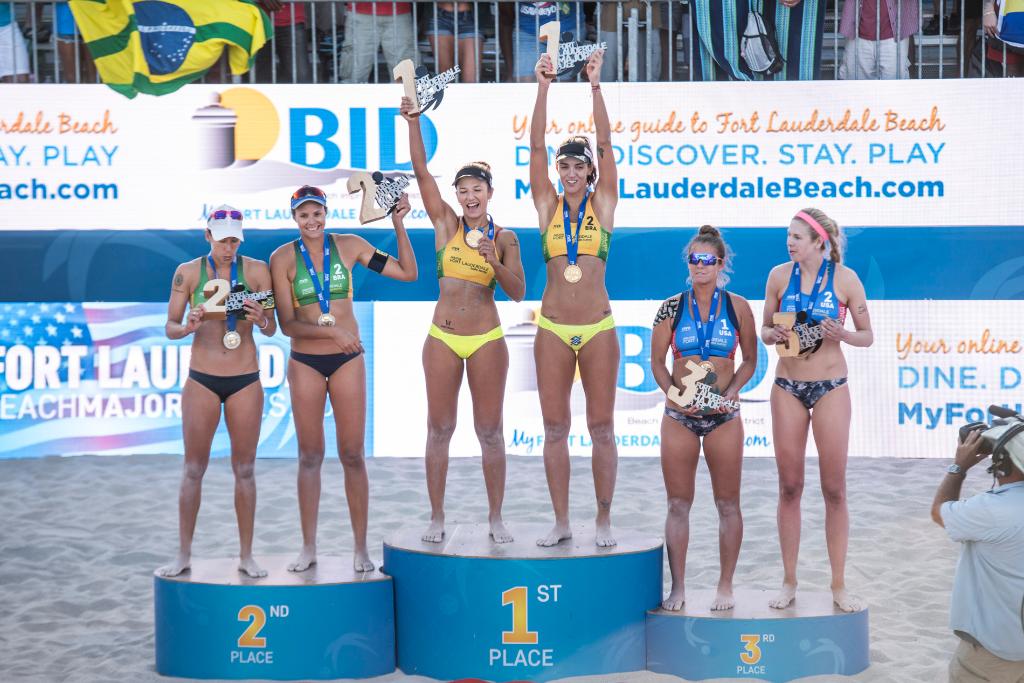 The No. 9 seed in Fort Lauderdale, Barbara/Fernanda also earned gold at two events in 2015, winning the Beach Volleyball World Championship and the St. Petersburg Grand Slam.

Lima/Horta, which began the tournament in the country quota matches and qualifying rounds and were playing in their first FIVB event as a pairing, continued their impressive run through the Fort Lauderdale Major, besting German duo Victoria Bieneck/Isabel Schneider in three set in the first semifinal match, before falling in the final.

Horta had one previous gold medal, having finished atop the podium at the Monaco One Star in June 2017 with Juliana, while Lima’s previous best at the FIVB World Tour was a fifth-place effort at the Gstaad Five Star in July 2017 with Elize Maia.

No. 13 seed Sweat/Ross defeated No. 24 seed Bieneck/Schneider in the bronze medal match, 21-17, 21-13. The third place finish marks the second for the Americans, following a bronze medal at the Qinzhou Three-Star on Oct. 15, 2017. The duo also earned a silver medal in 2017 at the Moscow Three-Star.

Despite finishing fourth, it was a valiant effort for Bieneck/Schneider, who began the week in the qualifying rounds.