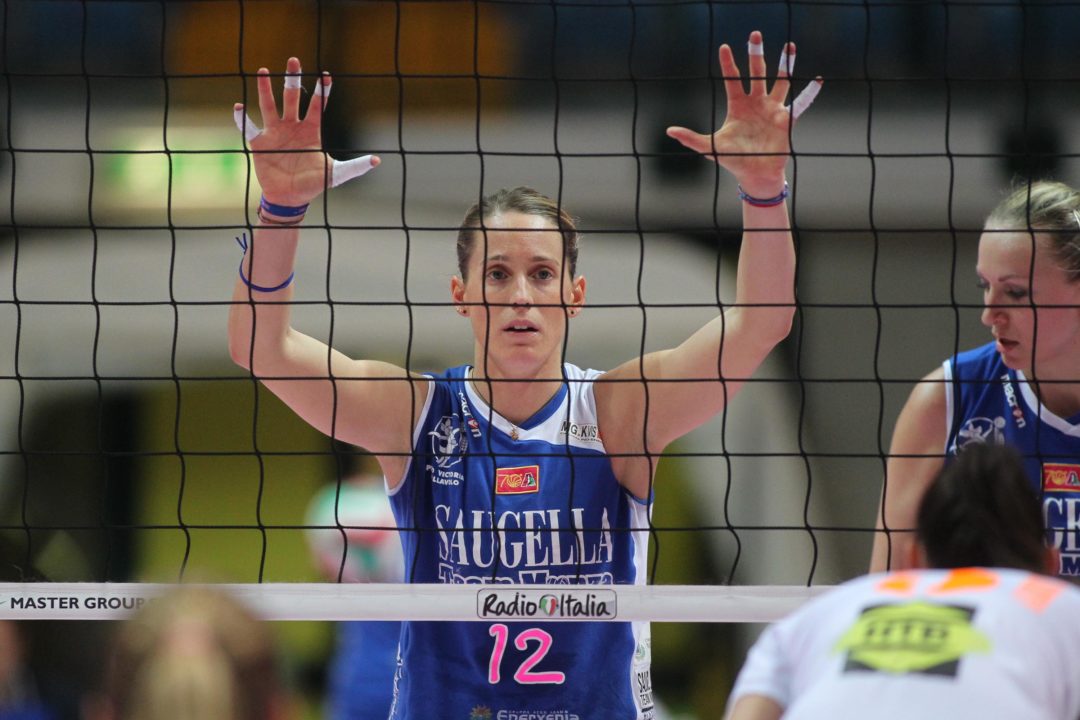 From now on, Vero Volley fans will have to call her "The Wall" Current Photo via legavolleyfemminile.it

Francesca Devetag, or “The Wall” to Vero Volley fans, has just written her name in Serie A1’s record books with an amazing 11-block performance in her team’s quarterfinal Italian Cup match against Scandicci. She is the first player in league history to score over 10 blocks in only three sets of play.

The league overall record for blocks in a game is 12, held by Raphaela Folie and Maja Poljak, who achieved the feat in 5 sets. If only Devetag had the chance of go at least one more set in her game, she would definitely have a big chance at smashing that record also.

Devetag is no stranger to high blocking displays, as she has blocked 11 balls twice before, both in 5 set games in 2008 and 2011, a feat also accomplished by Team USA’s Lauren Gibbemeyer in 2014.