Fillottrano And Giulia Pisani Part Ways After Only 6 Weeks 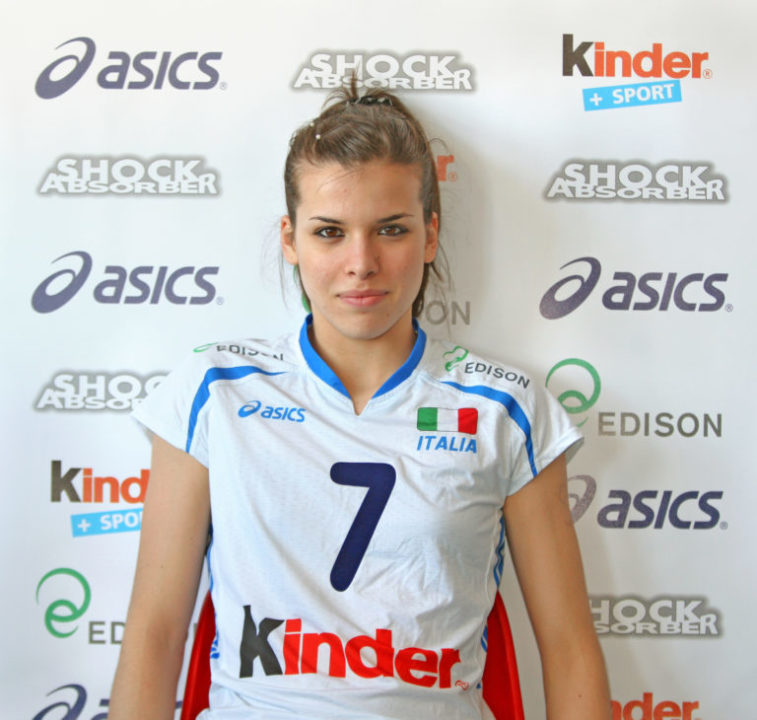 What happened in Fillotrano? Current Photo via FIVB

After parting ways with its head coach last week, Lardini Fillottrano has just announced in its official website that it has parted ways with Italian national teamer middle blocker Giulia Pisani only six weeks after her signing. The note states that the decision to end Pisani’s stay in the A1 club was mutual, and the player thanked the team for her time in Fillottrano:

I thank the team for all that they gave me this month, it was a pleasure to meet all the girls and I really wish the team the best

Due to transfer rules, Pisani was only going to able to debut for Filottrano on January. The team did not go into details on why the partnership ended. Although, this cryptic Instagram message she posted on her personal page yesterday may give fans the impression that the parting wasn’t as friendly as Fillotrrano made it to be:

If we gratefully accept what life gives us, we discover that we are on this earth to create something that no one else can do in our place

Filotrrano, home of American player Annie Mitchem, is currently is last place of League A1, with a 1-10 record.