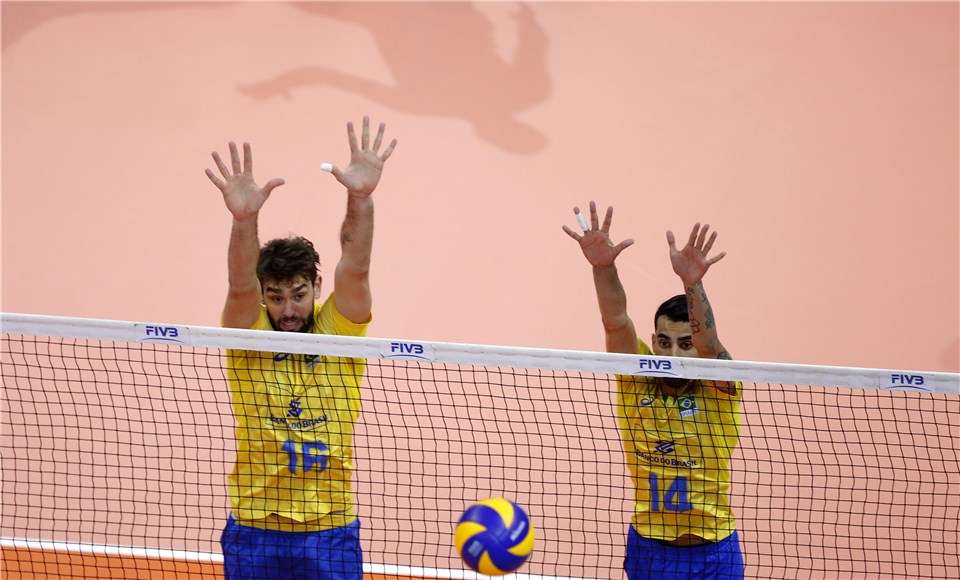 Douglas Souza has signed with a new team for the upcoming season.  Current Photo via FIVB

EMS Taubaté Funvic announced they signed Douglas Souza for the 2018-2019 season. The 22 year old outside hitter has already had a strong career with the Brazilian national team winning the 2016 Olympics gold medal, the 2017 South American Championship, and silver medals at the 2014 World League, 2015 Pan American Games and 2016 World League.

Souza had been playing for Sesi Sao Paolo since 2014. Since he joined the club, they have been runners-up 3 times in the Brazilian Superliga in 2014, 2015 and 2018. Their last championship was in 2011 when they also took home the South American Championship. Taubate has never won the championship, but were runners-up in 2017. Taubate looks to be investing in future success after signing standout players like Lucas Saatkamp, Nicolas Uriarte, Leandro Visotto, and Facundo Conte.