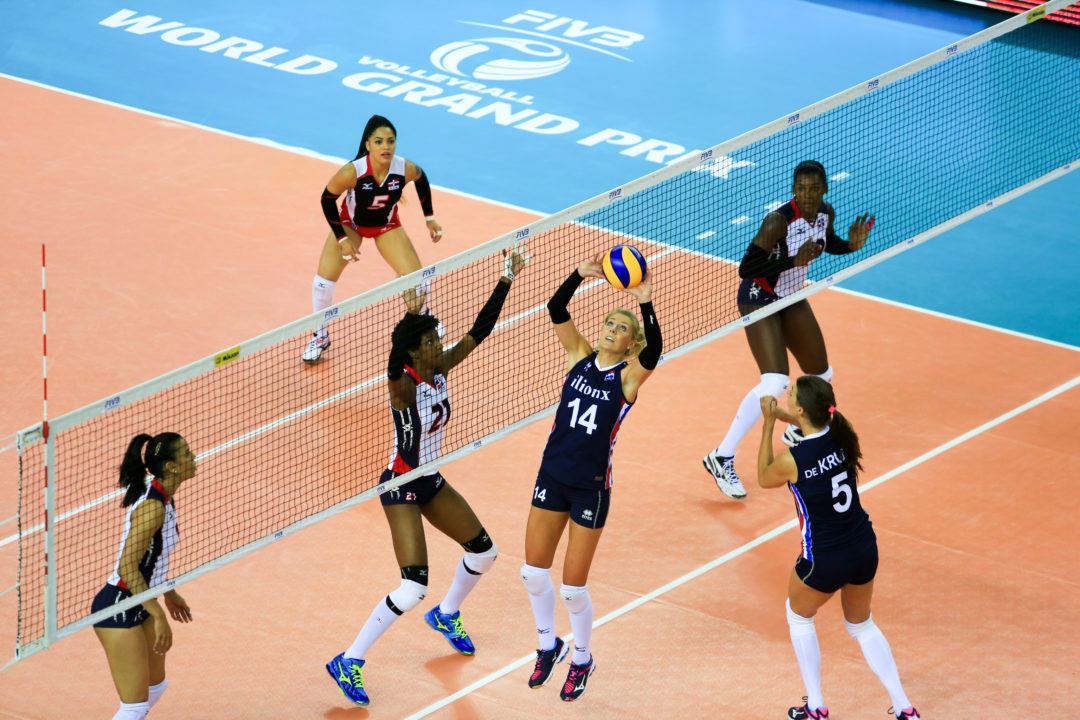 Dutch national team setter Laura Dijkema will return to the Bison for the 2017-18 season. Archive Photo via FIVB

After running the offense for Il Bisonte Firenze since the beginning of this year, Dutch national team setter Laura Dijkema will return in the fall to complete the 18-month contract she signed with the Italian Serie A side in January.

Among the many accolades Dijkema has garnered throughout her career, she was named CEV Eurovolley’s best setter in 2017. She also led The Netherlands to an impressive fourth-place finish at the 2016 Olympic Games in Rio de Janeiro, Brazil.

The 6-0 (184 cm) setter is currently playing with her home country in Volleyball Nations League action. In the first week of competition, she set the Dutch side to a 3-0 record, winning nine of 10 sets played.  The Netherlands draws Japan, Belgium and the USA in Week 2. The much-anticipated May 23rd tilt against the United States, a rematch of the bronze-medal match at the last Olympics, will likely determine who emerges from Week 2 in the strongest position moving forward.

Prior to joining the Bison, Dijkema played one season (2016-2017) for Igor Gorgonzola Novara. She has also logged time dishing out assists for Dresdner SC, USC Munster and VfB Suhl LOTTO Thuringenin in the German Bundesliga, Halkbank Ankara in Turkey, as well as several clubs in her native Netherlands.

Off to Nagoya for the second week of the Volleyball Nations League! 🙋🏼‍♀️🏐 #Japan #VNL #fotoHoogendoorn #LetsGoOrange 🧡 (@rhf_agency)