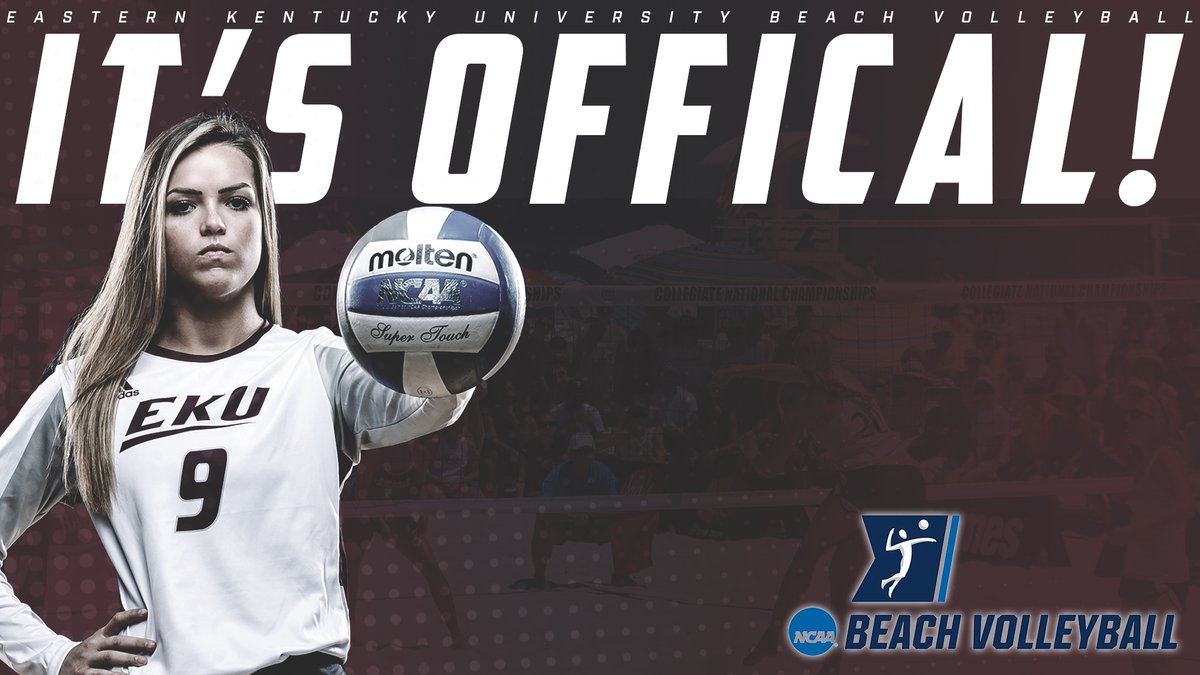 The beach is coming to the Eastern Kentucky campus as the school announced it is the newest Division I program to add beach volleyball to its 2018-19 athletics slate.  Current Photo via Eastern Kentucky Athletics

It's official! EKU adds its first sport since women's soccer in 2005 – Beach Volleyball.

The Colonels, which join UC Davis, Southern Miss, North Alabama and Tennessee-Martin as the newcomers to the sand this year, also announced that current indoor assistant Johnna Fouch will act as interim head coach of the newly minted program.

“Eastern Kentucky University is very pleased to announce the addition of beach volleyball to our athletics program,” Director of Athletics Stephen Lochmueller stated. “Beach volleyball is an emerging sport across the nation, and within the Ohio Valley Conference. Beach volleyball will be an exciting sport for our fans, and will offer increased opportunities to female student-athletes. I especially appreciate Johnna’s willingness to serve in this position during a time of transition within our volleyball program.

“We look forward to growing this program at EKU and offering a new experience for our student athletes and our fans. We are fortunate to have the foundation and resources within our current volleyball roster, personnel and facilities that will make this program an easy startup with incredible growth potential for Colonel athletics.”

Fouch, who just finished her third year as a full-time assistant at EKU after a year as a graduate assistant coach, was a two-time All-Mountain West selection at San Diego State and earned honorable Mention All-America honors as a senior.

Fouch expressed her excitement to take the helm of the new program.

“First and foremost, I am thrilled that we are adding a beach volleyball program at EKU,” Fouch said. “Beach will help us grow and elevate our indoor program. After serving as volleyball’s assistant coach for five years and playing collegiately at San Diego State I have learned a lot of valuable things I will take into this new role. Additionally, growing up in California, I have been around and played beach volleyball my entire life. I would like to thank Director of Athletics Stephen Lochmueller and beach volleyball administrator Kirk Moats for entrusting me to lead and lay the foundation for this new program.”

Eastern Kentucky noted in its announcement that the addition “has minimal expenses and adds no new staff. There will be no additional scholarship costs for 2018-19. As the program develops, future scholarship funding will be evaluated.”

Morehead State even sent its well-wishes via twitter – saying “Welcome to the sand! Excited that even more young women will have the chance to play beach!”