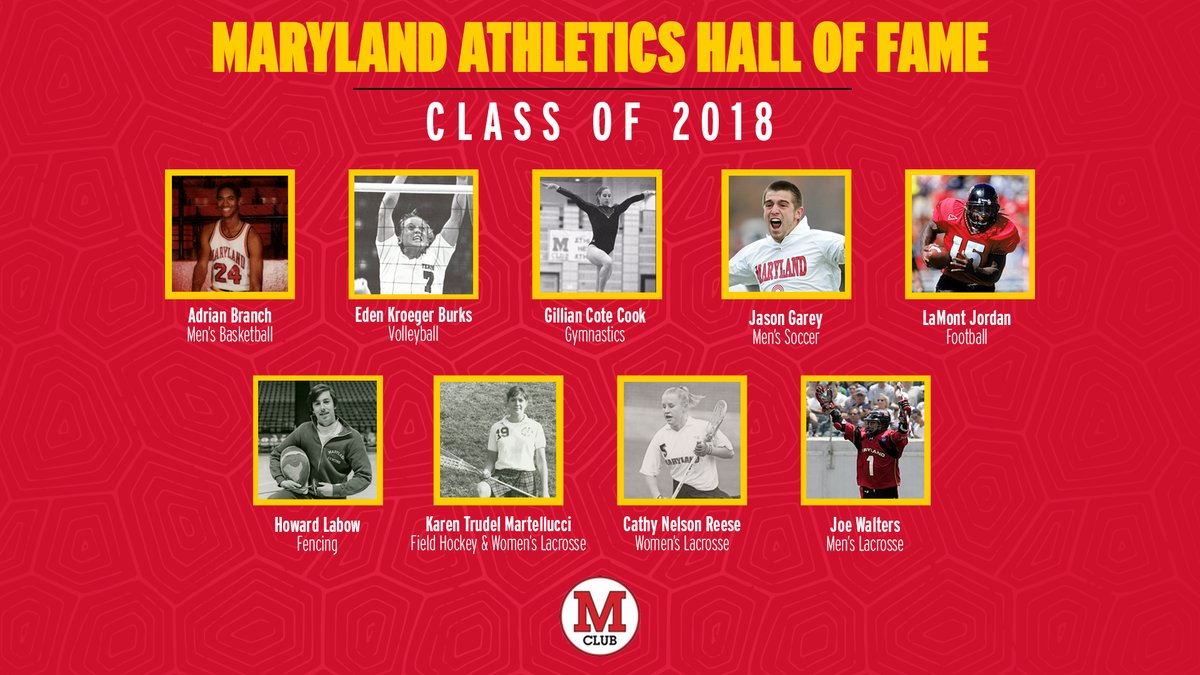 “We would like to congratulate all of this year’s inductees and their families,” said University of Maryland Director of Athletics Damon Evans. “This is a tremendous class of Hall of Famers who have made an undeniable impact on Maryland athletics both on and off the field. We’re looking forward to celebrating this outstanding 2018 class and recognizing their academic and athletic achievements.”

“I’m thrilled to announce this distinguished group of deserving Hall of Fame Inductees,” said Executive Director of the M Club and Director of Alumni Engagement Laura Chiriaco. “Their exceptional athletic achievements brought great pride and recognition to the University of Maryland and we are honored to celebrate their success. Congratulations to our entire Hall of Fame Class and thank you for your extraordinary contributions to Maryland Athletics.

Founded in 1982 by the M Club and developed as a collaborative effort with the Athletics Department, the Maryland Athletics Hall of Fame pays tribute to those superior Terrapin athletes, coaches and administrators who have made major contributions to the honor and fame of the University of Maryland, and have continued to demonstrate the positive values learned through competing in intercollegiate sports. Induction into the Hall of Fame represents the highest athletic honor the University can bestow.