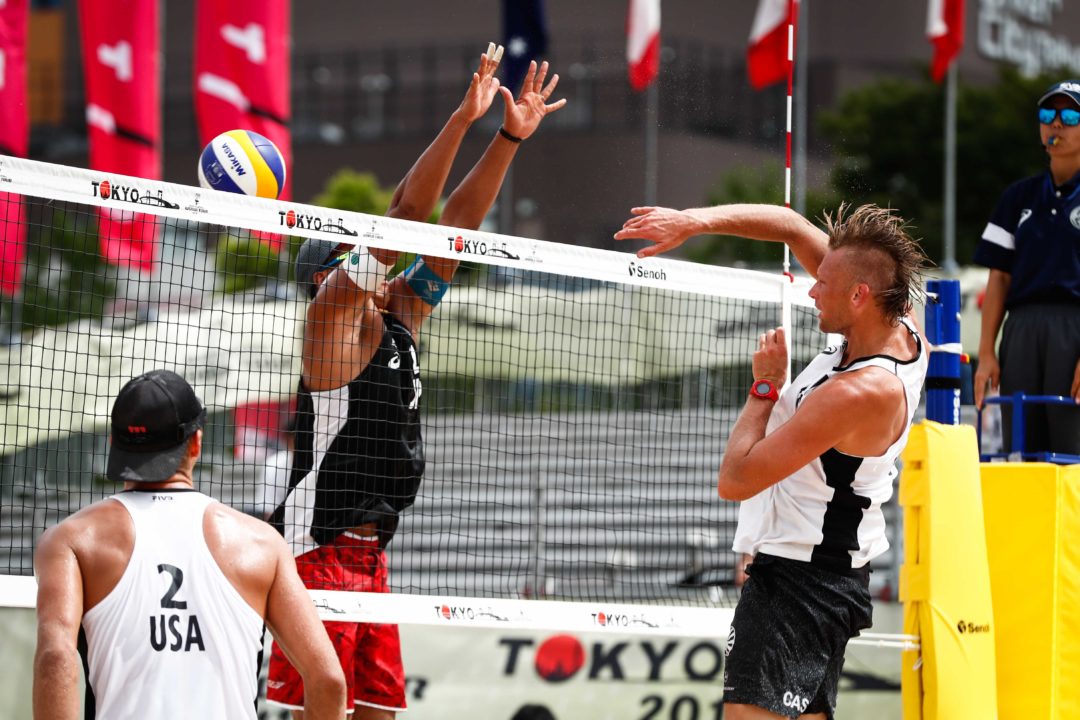 The women completed the first round of pool play with three of the four American teams coming out on top. Meanwhile, pool play winners were crowned on the men’s side after each pair played two matches.

Americans Casey Patterson/Stafford Slick were among the victors to earn free passes to the second knockout round. The duo posted a straight set win over Japan’s Yoshiumi Hasegawa/Keisuke Shimizu (21-17, 21-18) and rallied past Norway’s Mathias Berntsen/Hendrik Mol 17-21, 22-20, 15-10 to take the Pool D title.

Other pool winners were:

All three American men’s pairs won their first pool play match, but Chase Budinger/Sean Rosenthal and Bill Kolinske/Miles Evans fell in the pool A and Pool G finales. The pairs both move on to Round 1 action on Friday.

“We just continued to stick together,” Pollock said. “We stayed calm and focused on our side and I think that’s what made the difference in the third set. They’re a tough team and we play with them a lot. We know their tendencies, so you know it’s going to be a tough battle when we play each other.”

Two pairs each from Finland, Norway and Thailand also posted opening round wins. 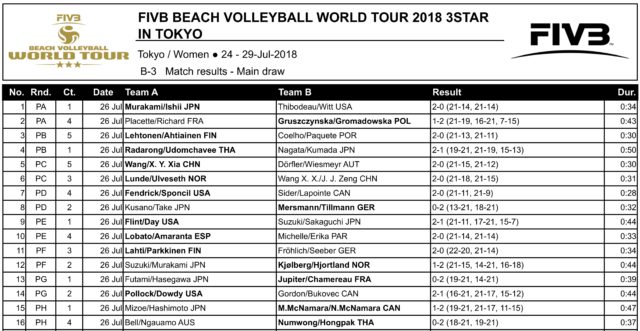 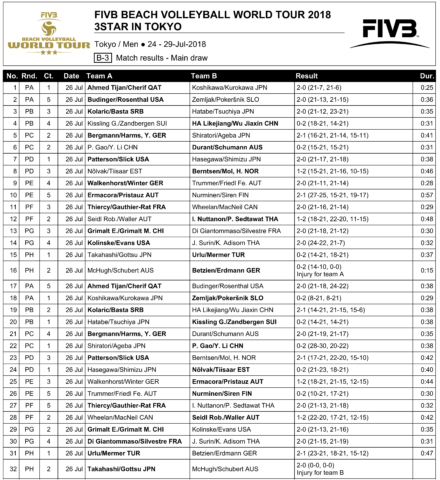