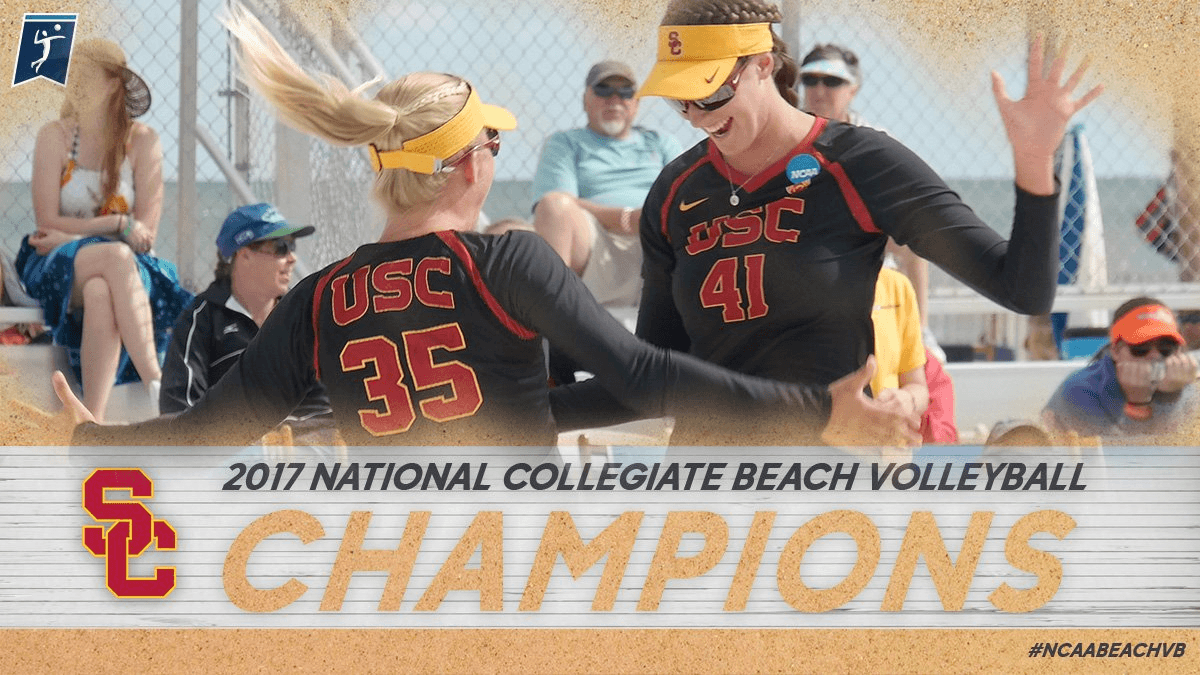 USC was ranked No. 1 throughout the 2017 season before capturing its second-straight NCAA title with a 3-2 win over Pepperdine on Sunday. Current Photo via NCAA Volleyball 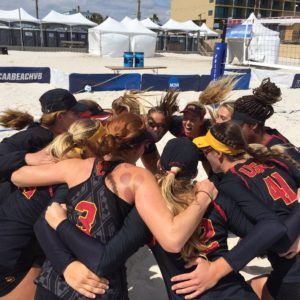 After sweeping through the first three rounds of competition at the NCAA Championship, it took everything No. 1 USC had in its tank to stave off feisty No. 3 seed Pepperdine (27-5) in the title match. Two of the Trojans points came in three-set wins from pairs one and three. With the victory, USC wins its third-straight national title and second straight NCAA Beach Volleyball crown.

“We are heart-pumping, fist-pounding, so excited,” head coach Anna Collier said. “They worked so hard for this. And for the seniors, I am so happy for that fab five, that fantastic five, that furious five. Nicolette Martin, one of them, brought it home. So beautiful.

“Because of the leadership that those seniors brought, they knew they were going to win. Once Sara (Hughes) and Kelly (Claes) won, they were like, ‘it is ours… we’re going to take it home,’ and they did. I am so proud of them I could absolutely cry.”

The Trojans move to 38-1 on the season, marking a school record win tally. The lone setback came at the hands of UCLA in the semifinals of the Pac-12 Tournament, but USC got payback with a win in the event final.

USC ended the season on a six-match win streak and now boasts a 100-3 mark in recent history.

Top duo Kelly Claes and Sara Hughes, which garnered their second-straight Pac-12 Beach Volleyball Pair of the Year award, went 38-1 on the season. The pair set a national record with a 103-match win streak (April 2, 2015 through April 8, 2017), and rebounded from their lone loss of the year (13-21, 21-18, 17-15 to Saint Mary’s Lindsey Knudsen/Payton Rund) with a 14-match win streak, including wins in all four NCAA duels. Claes/Hughes also won the Pac-12 Pairs Championship.

At No. 3, Terese Cannon and Nicolette Martin posted a 33-6 mark, including wins in all four NCAA matches.

The full roster of the NCAA Beach Championship squad is below.