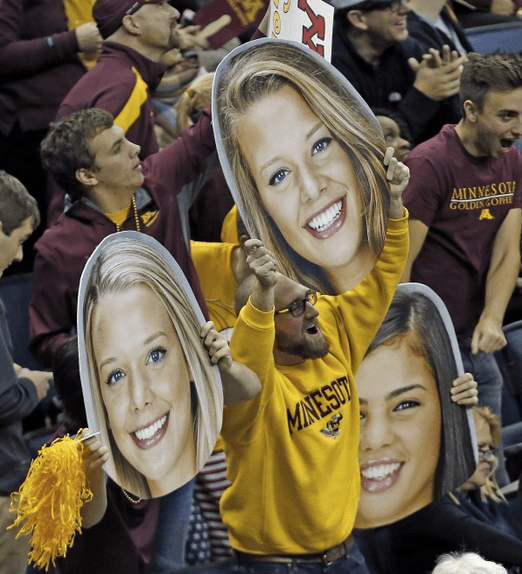 Hannah Tapp and Paige Tapp have been providing double trouble on the volleyball court for a number of years—first for... Current Photo via Minnesota Athletics

Hannah Tapp and Paige Tapp have been providing double trouble on the volleyball court for a number of years—first for Northern Lights, then Minnesota, and now the women’s national team.

The twins are in their first year of playing for Team USA after concluding their professional seasons overseas. Hannah played for SSC Palmberg Schwerin in Germany while Paige played for Juncos Valencianas an ocean away in Puerto Rico. Reunited in Anaheim, the two middle blockers spent another volleyball-filled summer together, wearing red, white, and blue in the Pan Am Games and the 2017 World Grand Prix.

“Everyone’s super fun. There’s a lot of young girls that we know pretty well that we just grew up with, and then the older girls, there’s some from Minnesota that we’ve grown up looking up to,” Paige told FIVB volleyball in a video interview, speaking of her experience so far with the national team and her sister. Team USA was certainly filled with former Golden Gophers this summer, the Grand Prix roster containing five: Middle blockers Tori Dixon, Lauren Gibbemeyer, Paige Tapp, Hannah Tapp, and 2016 AVCA Player of the Year Sarah Wilhite, an outside hitter.

“I think we know each other pretty well, since we’ve known each other since we were, um, well, born,” Hannah said while she and her sister laughed. “As a volleyball player, Paige is very competitive. She’s very focused and driven. As a person, she’s really fun and bubbly, and she also brings that to the court. So she’s a really fun, vibrant presence when she’s on the court.”

“Hannah’s a strong hitter, a powerful offensive weapon, and she’s just a lot of fun. She brings a lot of energy,” Paige said of her sister. Though both of them were All-Americans during their time at Minnesota, Hannah was the only twin to reach first team status, doing so in her junior season, where she had 365 kills for the year.

“I think we both just want to be USA good and do whatever we can to help the team,” Paige concluded.

“Yeah, I agree,” her sister added.

Hannah will be playing for Italian team Il Bisonte Firenze this coming professional season while Paige has not yet announced where she will play.