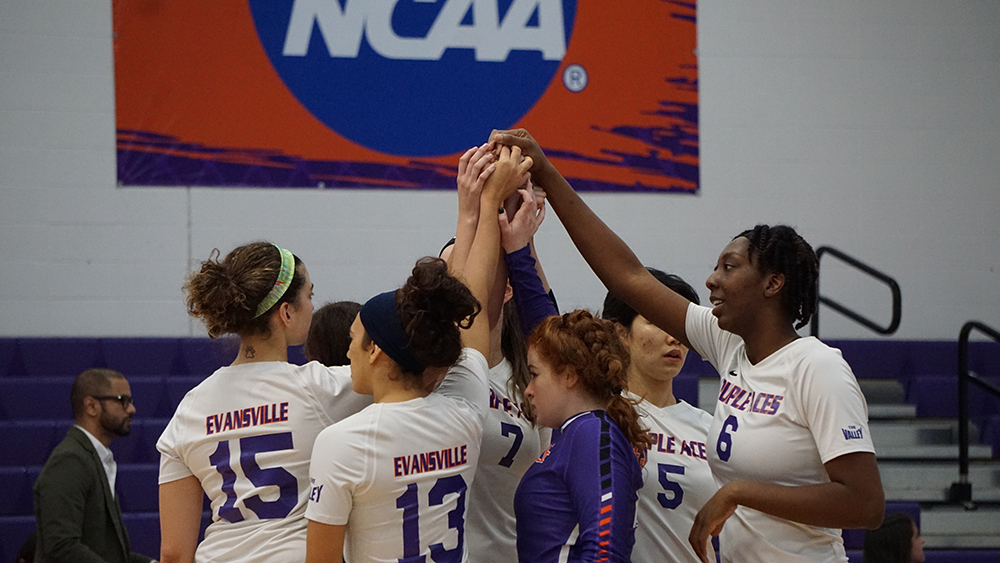 Collection boxes will be placed in the hallway at the Carson Center throughout the week and also at the matches.

The Purple Aces also are offering a ticket discount to patrons who bring donations.

Concepcion is in his fifth season at the helm of the Purple Aces squad. Rabell is in her first year with the team after finishing her playing career at North Carolina Central (2011-15). Rodriguez led Evansville in kills in 2016 and is currently averaging 1.93 kills per set and 3.56 digs per set, including nine double-digit dig tallies and a pair of double doubles. Coronel saw action in 77 sets in 2016, posting 36 kills and 22 blocks, and has tallied nine blocks, five killls, three digs and two aces in eight matches thus far in 2017.

Those wishing to support hurricane relief in Puerto Rico that are not local to the Evansville, Indiana, area, are encouraged to do so through the Red Cross, which has set up a Puerto Rico Hurricane Relief Fund.

For more on the Evansville team’s connection to Puerto Rico, check out the video below.