Fernanda and Barbara Talk Playing Beach on the Road (VIDEO) 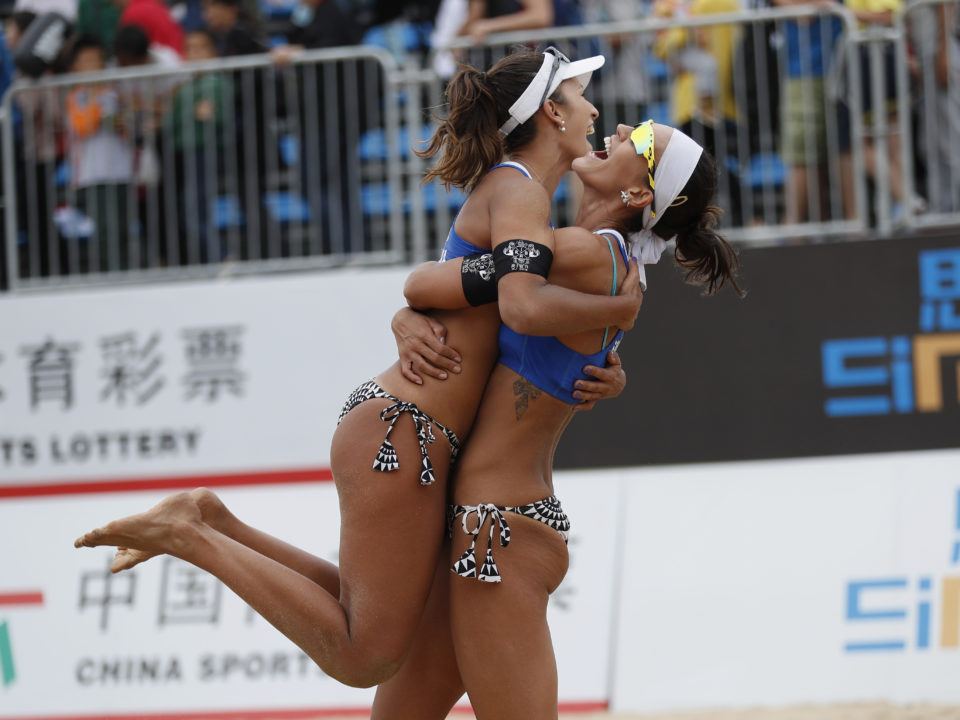 Barbara and Fernanda picked up their first World Tour win as a pair in Xiamen, China last weekend. Current Photo via FIVB

As the newest Brazilian beach powerhouse pair gel on the court, the two are also gelling off it – as playing partners, that means they’ve also become new travel partners, and that takes a significant interpersonal adjustment as well.

Xiamen was the pair’s second FIVB stop together – they also finished 5th at the season-opening Ft. Lauderdale major. Between $12,000 in Florida and $8,000 in Xiamen, the pair have already begun to wrap up both dollars and World Championship qualifying points.

Below, listen to the two talk from Xiamen about travelling around the world to play.