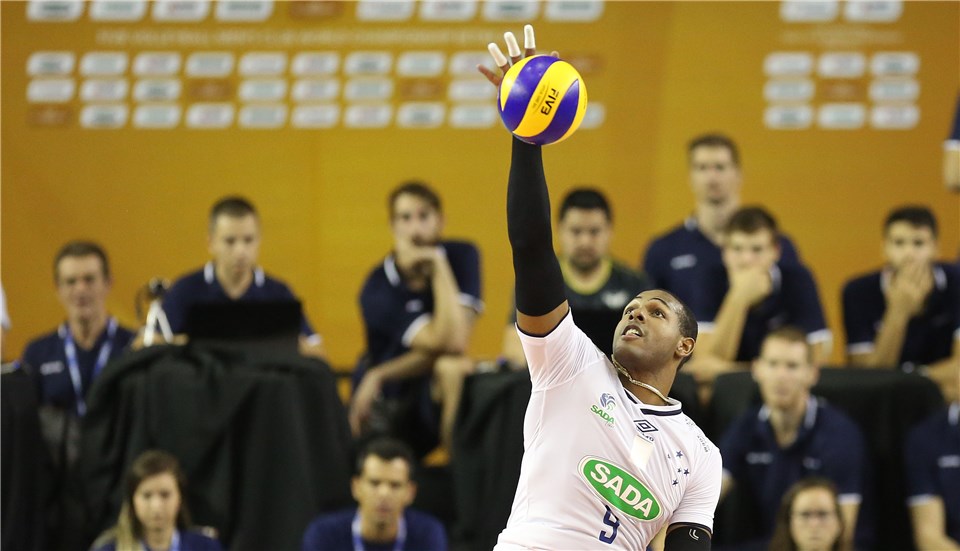 According to Globo.com, the FIVB has just committed a major blunder regarding former Cuban national Yoandy Leal‘s eligibility case to play for the Brazilian national team. On October 31st, the entity released an official note saying that Leal would be able to represent Brazil in international competitions one year sooner than expected, as early as March 2018. This prompted an avalanche of media reporting commemorating the fact, even going so far as saying that with this news Brazil solidified itself as the best team in volleyball for years to come.

However, less than 24 hours later, the FIVB retracted its statement, alleging that it had made a mistake regarding the dates, and that Leal would in fact, only be cleared to play after April 2019.

The 29 year old Leal was originally born in Cuba and became a naturalized Brazilian citizen in 2015. He has been playing for Brazilian powerhouse Sada/Cruzeiro since 2012, and has won four Superligas (2013-2017) and three FIVB Club World Championships (2014-2016) with the team, while building his case as one of the world’s best at his position. His case is similar to compatriot Wilfredo Leon (pictured below with Leal), who was recently cleared to play for the Polish national team. 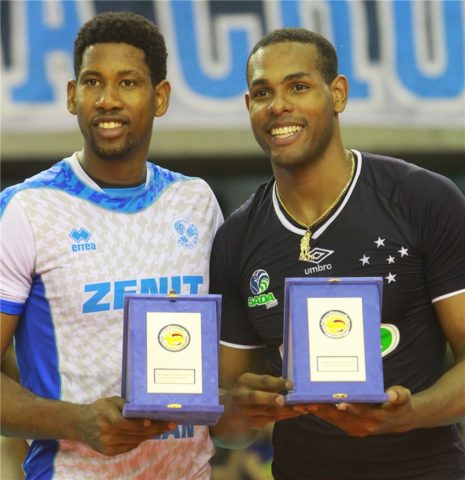 Here is FIVB’s official note regarding the matter:

The FIVB wishes to clarify that due to an administrative error, it erroneously stated that the Cruzeiro volleyball player, Mr. Yoandy Leal Hidalgo, would be able to represent Brazil from March 3, 2018. In reality, Mr. Yoandry Leal Hidalgo will not be able to represent Brazil – in international competitions (including non-competitive matches) – until April 29, 2019, according to Article 5.5.2 of the FIVB Sports Regulations, which states that:

“However, if the player has previously played for another national team, he shall be eligible to play for a national team of the new Federation only after two (2) consecutive years. The two-year period starts from the day the FIVB receives the complete registration file, containing all the necessary documents. ”

After submission of an incomplete application on March 3, 2016, Mr. Leal’s federation of origin, in Cuba, submitted a full application on April 30, 2017. This was formally approved by the FIVB Executive Committee during its meeting in Marrakesh on May 4, 2017.
The two-year period for Mr. Leal began on April 30, 2017 and will end on April 29, 2019. He will only be available to the Brazilian team as of April 30, 2019.

FIVB offers its sincere apologies to CBV and Mr. Leal for this administrative error and for any inconvenience caused.