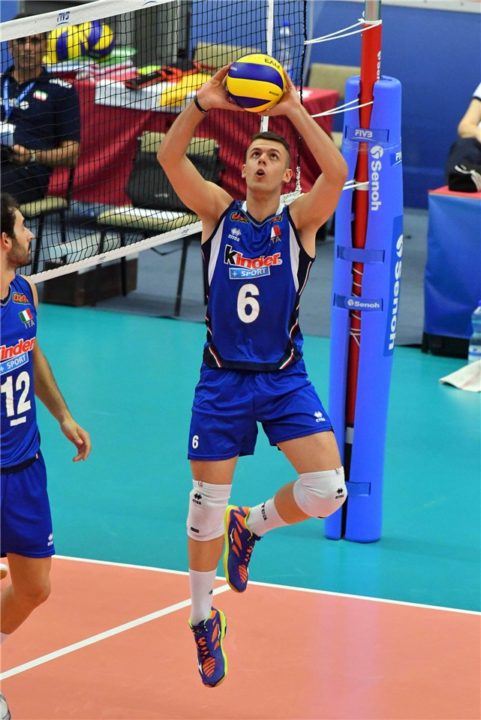 After good start to its domestic season, Milano suffers brutal setback with loss of two starters Current Photo via FIVB

Revivre Milano has just suffered a major setback after its surprisingly good start to Italian’s Serie A1 League. The team, which is currently in fourth place in league standings, will now have to deal with the loss of two of its starters, Riccardo Sbertoli and Fabio Fanuli, due to injuries suffered in its recent loss to Perugia, according to the team’s official website.

“Brutal news for Revivre. Riccardo Sbertoli and Fabio Fanuli injured in the match against Perugia.”

According to team doctors, Sbertoli, who is the team’s setter, and who also plays for the Italian national team, suffered a fifth left metatarsal fracture after a fall, which will have him out from 6 to 8 weeks. Fanuli, the team’s libero, suffered a more serious left medial meniscus injury due to a knee hypertension during a dig, and a return timetable has not yet been determined for his case.

The rest of the team, including Team USA player Taylor Averril, will have to step up and make up for the loss of two of its most important players, if Milano is to continue its successful run in the league.