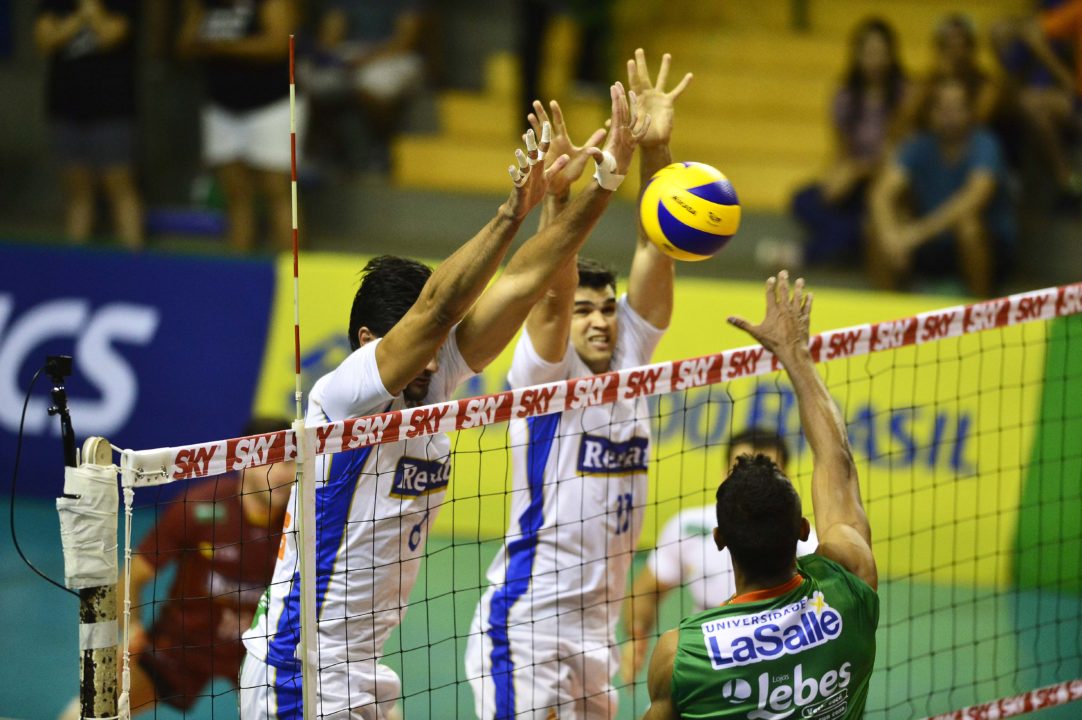 After two weeks, the Brazilian Men's Superliga has a surprising team atop of the standings. Current Photo via CBV

The Brazilian Men’s Superliga has a surprising team atop of the standings after two games of play, and it’s not common powerhouses such as three times FIVB World Club Championships winners Cruzeiro, or millionaires Taubaté or Sesi. Instead, Lebes/Canoas, who suffered a 60% budget cut prior to the start of the season, sits alone at the top.

Below, you’ll find recaps from all of the week’s games:

Team of the week

Canoas had a 60% budget cut to start off the 2017-2018 season. It lost eight players from last year’s roster, including experienced coach Marcelo Fronckoviak. However, this has not stopped the team from racking two victories in its first two Superliga matches of the season. This week’s victim was Campinas, in an one sided 3-0 match, a team that is financially much better off than Canoas, who is gritting and grinding through its early season adversities. Canoas leads Superliga standings after two games.

Player of the week

Yoandy Leal had 24 points in Cruzeiro’s tie-break win against Sesc/RJ, including 3 blocks. He did it with efficiency too, attacking at a 57% excellence rate, while also helping his team out with his receiving. He shined in clutch time, scoring 6 points in the tie break at 5 for 7 hitting, including an ace.