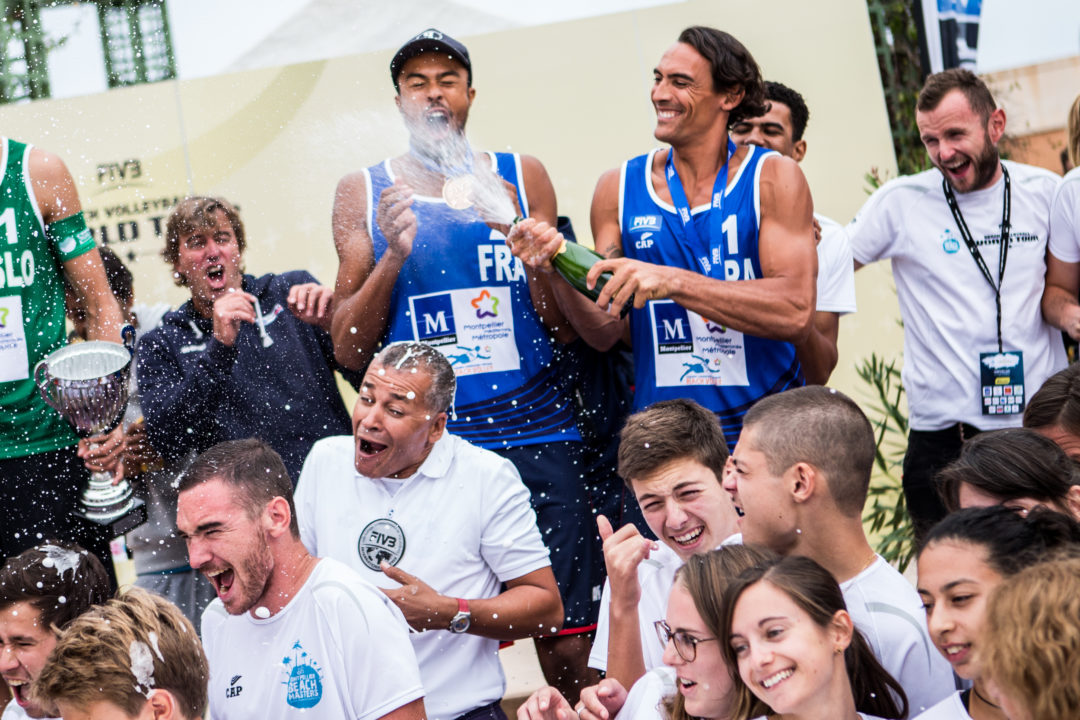 Montpellier, France opened the 2017-2018 FIVB World Tour season. This year's tournament in Montpellier will be earlier, but will still only be the second on the schedule. Current

Gone is the beach volleyball off-season: the FIVB has announced that the 2018-2019 season will start just 4 days after the completion of the 2017-2018 season.

Last season marked a turn in the FIVB beach volleyball scheduling, where instead of waiting until February or March to start the new season, it instead began in September, about 2 weeks after the World Tour Finals from the season prior: the high-dollar championship event for the top 12 men’s and top 12 women’s pairs. This year, that gap will shrink to just 4 days, less than a week, before the new season begins.

The CEV, the European federation, announced the first 4 stops of the tournament on Thursday. They say that events in Panama City, Panama (September 6-9), Zhongwei, China (September 13-16), and in Iran in Bandar Torkaman (October 2-5), Babolsar (October 9-12) and Bandar-e Anzali (October 16-19) are still under negotiation and that additional events in the 4-star and 1- and 2-star categories may also be confirmed in the near future.

Siofok has never hosted an FIVB beach event, though they did host a European tour event last year. Montpellier hosted a men’s-only stop of the FIVB World Tour in September to start last season. Qinzhou also hosted their first World Tour stop this season, while Yangzhou has never before hosted a major beach volleyball tournament.