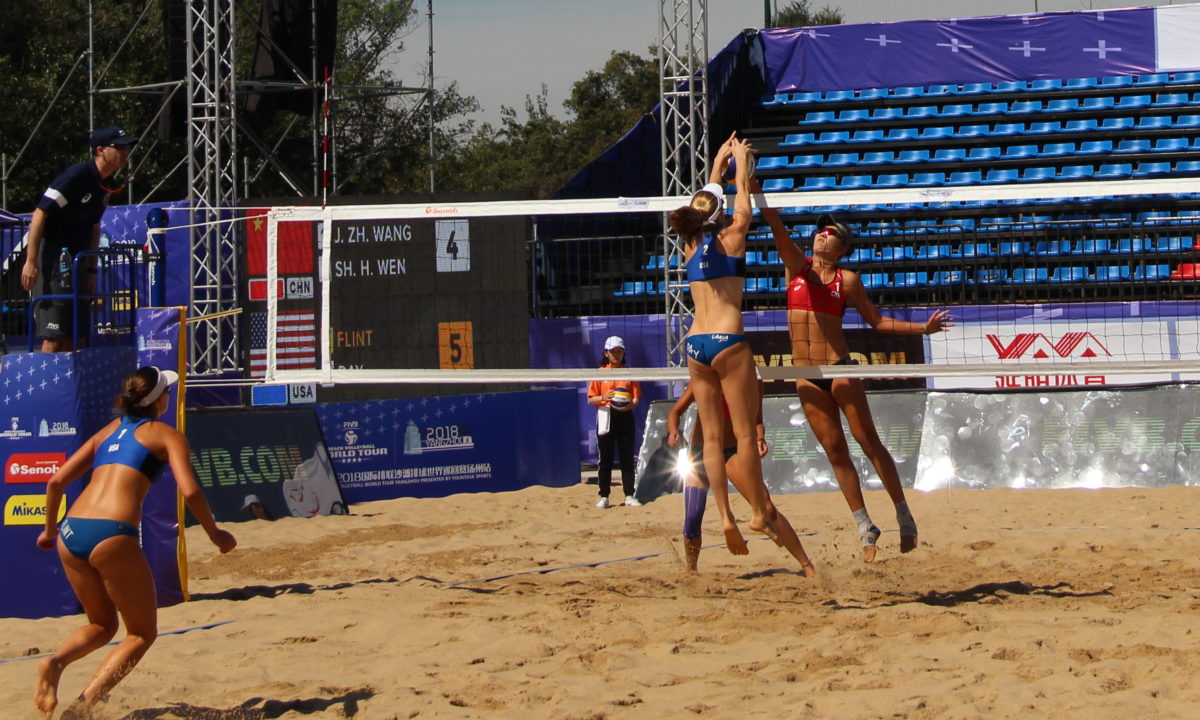 The qualifying round of the Yangzhou Four Star is complete with eight teams per gender moving into the main draw.

Teams from seven countries, including two Russian pairs, advanced through on the men’s side.

Taras Myskiv/Valeriy Samoday, which began the day with a sweep in the Russian country quota match, outdid France’s Youssef Krou/Edouard Rowlandson in Round 2 to move on. Countrymen Maxim Sivolap/Artem Yarzutkin went the distance with Japan’s Takumi Takahashi/Yusuke Ishijima (17-21, 21-17, 15-7) to claim their spot.

Two other teams advanced with tiebreak victories: Americans Miles Evans/Bill Kolinske and Poland’s Jakub Szalankiewicz/Maciej Rudol. The Polish side bookended the match with set wins, while the Americans rallied after dropping the opening set 18-21.

Americans David Lee/Mark Burik won their opening round match over China’s Eraili Nu/Cong Yang in straights, but stumbled against Australia’s Cole Durant/Damien Schumann in Round 2 (21-15, 21-11).

There were just seven women’s qualifying matches, with six decided in straight sets. Americans Kelly Claes/Kerri Walsh Jennings were due to participate in the qualifiers but received a bye to the main draw to round out the field.

Qatar’s Ahmed Tijan/Cherif Younousse are the No. 1 seed on the men’s side. Brazil’s Pedro Solberg/Bruno Schmidt and a trio of Russian teams: Nikita Liamin/Igor Velichko, Viacheslav Krasilnikov/Oleg Stoyanovskiy and Konstantin Semenov/Ilya Leshukov round out the top five.  In all five Russian teams alongside three from Brazil and three from the USA are among the main draw field.