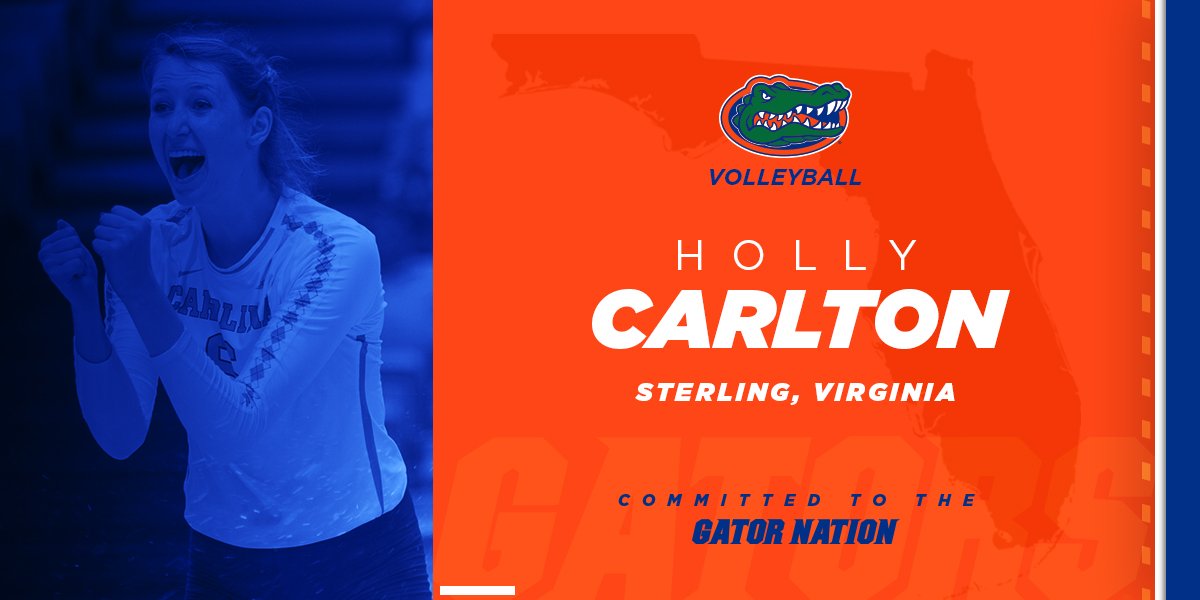 Florida has made the addition of 6'7" setter Holly Carlton, who transfers in from North Carolina. Archive Photo via Florida Athletics/Volleyball

North Carolina has lost another key player to transfer this offseason, with Florida the latest benefactor as former Tar Heels 6’7″ setter and right side Holly Carlton is moving on to the Gators for the fall of 2018.

Carlton will be a redshirt sophomore in the fall of 2018 with three years left of play. Carlton has yet to be placed on Florida’s 2018 roster, though it is likely she will be immediately eligible since she is changing leagues, and that the holdup is finishing out the school semester.

Carlton adds to the transfer loss of Julia Scoles, a former AVCA All-America Honorable Mention outside hitter who left for Hawaii Beach. North Carolina is coming off of a 14-14 season in which they went 11-9 in the Atlantic Coast Conference (ACC) – one year after they made the Sweet 16.

Florida on the other hand is coming off of arguably its best season in program history, going 30-2 and finishing as the National Runner-Up. Not only does the move give the Gators another setter to join Allie Monserez following the transfer loss of Cheyenne Huskey, but it also could make for an intimidating lineup when the 6’7″ Carlton and 6’8″ Rachael Kramer are both on the court.

We’ve got another newcomer, #GatorNation! Everyone welcome Holly Carlton!

She’s a Virginian who played at North Carolina the past two seasons pic.twitter.com/c8xE6A1AEm