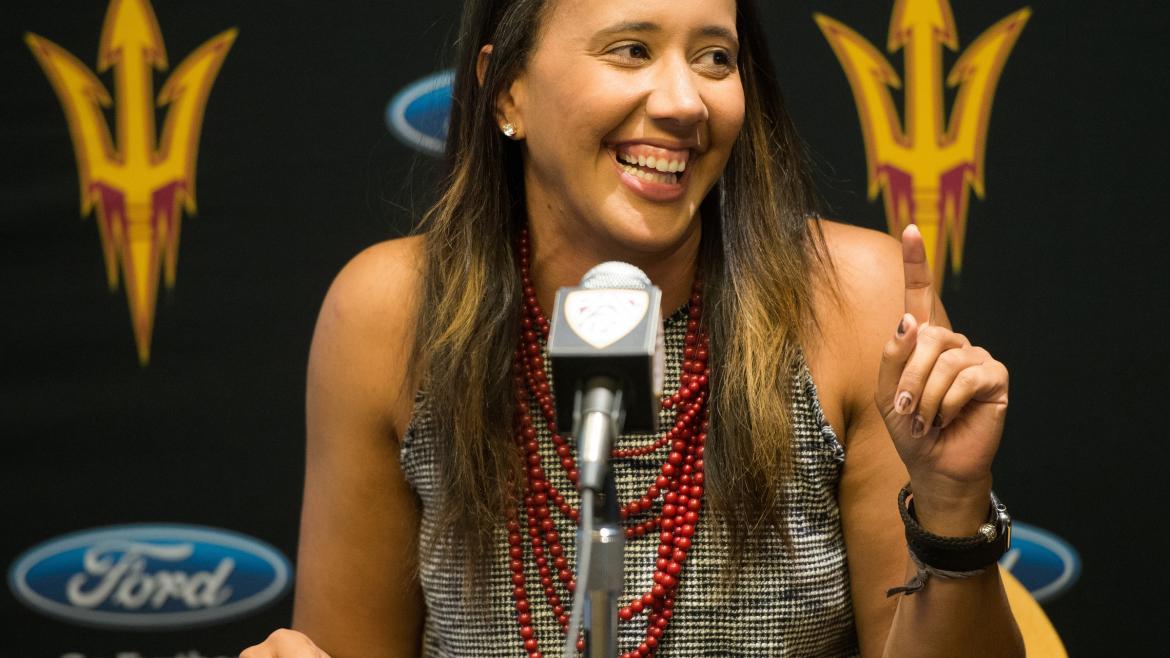 Everyone deserves a second chance, and new junior volleyball club Drive Nation is willing to give Stevie Mussie hers. After... Current Photo via Arizona State University

Everyone deserves a second chance, and new junior volleyball club Drive Nation is willing to give Stevie Mussie hers. After being let go in January from her head coaching position at Arizona State University after just 1 season, Mussie and her staff were the subject of speculation and scrutiny throughout the volleyball community. Her assistant coach, Chris Rose (son of the legendary Russ Rose) quickly found another position at Marshall University. Now, several months later, Mussie too has now secured another job in the volleyball world, hired on as the director and coach of the U18 and U12 teams for Drive Nation.

“I’m proud to announce the hiring of our new Director of Volleyball, Stevie Mussie! I’m extremely excited to have such a talented, energetic leader to run our girls program. Her experience and success at the college level, both as a player and coach, will bring incredible insight and value to the Drive Nation Volleyball Club,” said Jermaine O’Neal, former NBA star and founder of the new Dallas-Fort Worth area club. O’Neal’s daughter, 2018 Texas recruit Asija O’Neal, is reportedly leaving national powerhouse TAV to come play for her father’s club—and Stevie Mussie.

Before Mussie’s tryst at Arizona State, she played for the University of Washington in the early 2000’s, playing on the 2005 national championship team. Post graduation, the former NCAA star had a peppering of assistant coaching positions before securing her first job as a head coach for the Sun Devils.

“I would like to thank Jermaine O’Neal and the Drive Nation team for the opportunity to be a part of one of the most cutting edge and innovative volleyball club programs in the country. The transition to junior club volleyball is very exciting to me because the developmental aspect of the game has always had a special place in my heart.” Mussie said, eager to be given a fresh start. Her near-decade of coaching experience will certainly bring vital insight and guidance to her future players, many of who will likely be future Division I players.

Drive Nation will practice in the brand new Drive Nation Sports Complex, opening in September with a whopping eleven million dollar price tag attached. Located on 16.2 acres near the DFW airport, the facility boasts more than 90,000 square feet of indoor space, basketball and volleyball courts included, a 10,000 square foot weight room, player lounges, a performance training area, a 50 yard all-purpose indoor turf area, amongst other things. The club’s state of the art facilities will likely attract elite junior volleyball talent, of which the Dallas-Fort Worth area has a wealth of.