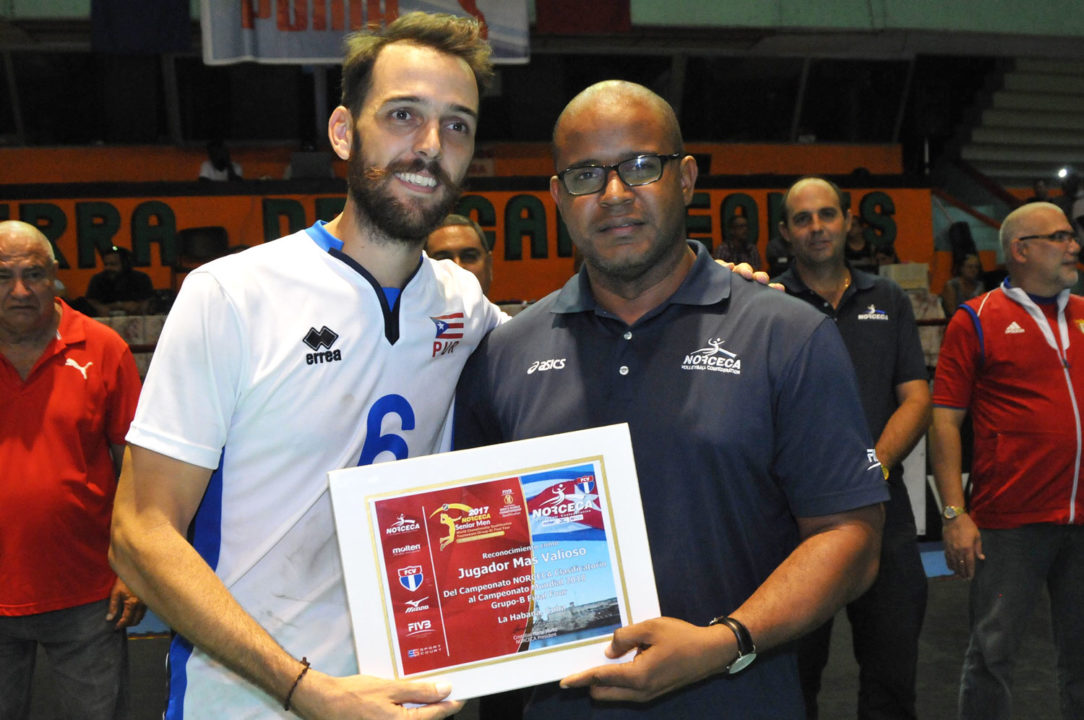 This year, Perez will be a certain figure in Puerto Rico's WCH roster Current Photo via NORCECA

Romania’s Arcada Galati has announced in its official Facebook page the signing of experienced Puerto Rican setter Angel Perez to its roster. The former BYU Standout, now 35-years-old, is transferring out Italy’s Milano. In his lone A1 season, he helped Milano to a 14-12 record, good enough for 6th place in the regular season standings, before being eliminated in the playoffs by Modena.

Perez has had a successful career both at home and abroad. In Puerto Rico, he won the national championship 8 times with Changos de Naranjito and Mets de Guaynabo. With ACH Volley he won the Slovenian Championship and Slovenian Supercup in 2008-09, and with Tirol Innsbruck, he won the Austrian Championship in 2014-14. In all these season, he also won numerous MVP and best setter awards.

This year, Perez will be a certain figure in Puerto Rico’s WCH roster, after leading it to a dramatic berth spot at 2017 Norceca’s Qualifying Tournament, in a performance that won him MPV honors. At Arcada, Angel will find a team that finished the last Romanian Championnship in second place, behind only Ploiesti, with a 26-6 record.