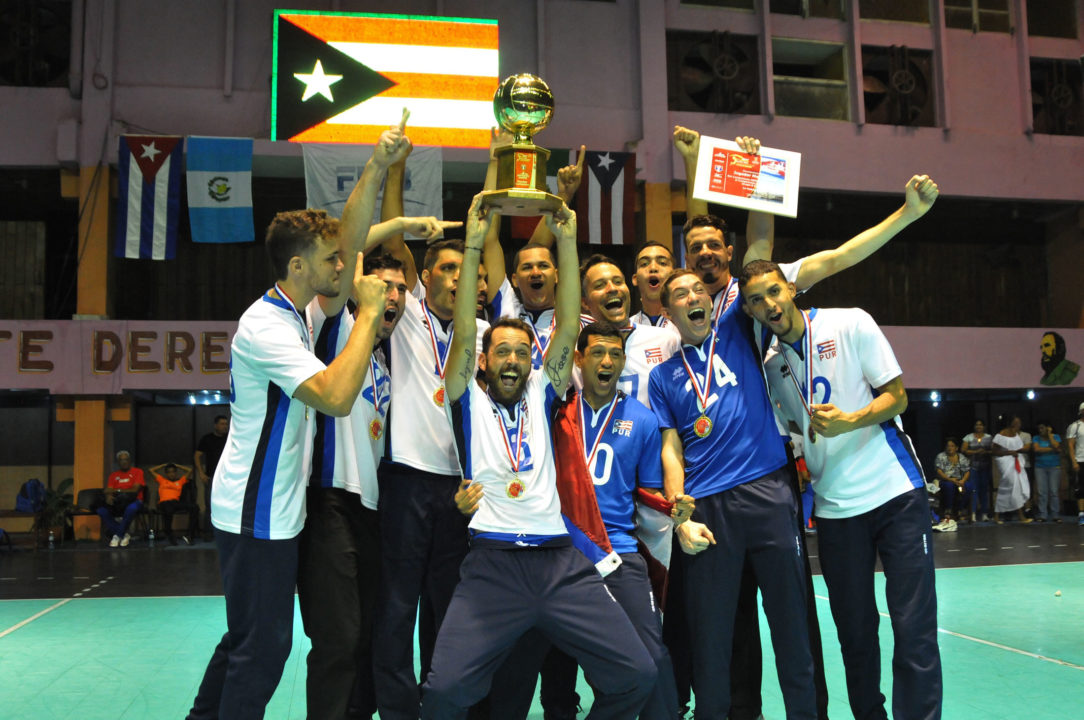 The last two remaining spots for the 2018 FIVB Men's World Championships were decided by the points average criteria. Current Photo via NORCECA

Puerto Rico, Cuba, Mexico and Guatemala traveled to Havana, Cuba to take part in the 2017 NORCECA Senior Men World Championship Qualification Tournament Final Four to decide on who was going to take the two last remaining open spots for the 2018 FIVB Volleyball Men’s World Championship. Originally, Cuba and Puerto Rico were both unable to compete in the original NORCECA Championships in the aftermath of devastation laid by the Atlantic hurricane season. As a result of the unprecedented disaster, NORCECA decided to join them with the 4th and 5th place finishers from the continental championship, Mexico and Guatemala, in a battle for the last spot from the region for the World Championships.

The tournament was organized in a round robin format, where the four teams would play against each other and the two teams with the best record would take home the prize. At the end, Puerto Rico came out at the top, with Cuba taking second place. But that doesn’t really say what kind of competition both teams encountered in Havana.

Both Puerto Rico and Cuba finished the tournament with 2 wins (both by 3-0) and one loss (also by 3-0), to finish with 10 points each. It just so happens that Mexico had the exact same results of 2 wins and 1 loss for exactly 10 points. Since all three teams finished with the same exact amount of points and sets average, the final team rankings was decided by points average. Check out the table below to further understand the extent of Mexico‘s heartbreaking disqualification:

To put into perspective, the point average results means that if Mexico had scored only a mere 15 more total points in the 9 sets of play they contested in Havana, they would have classified for the 2018 FIVB Volleyball Men’s World Championship. This heartbreak comes in a specially bad time for Mexican volleyball, as the squad had been in ascension in its last competitions, finishing 11th in the 2016 Rio Olympic Games and 4th in the 2016 Pan-American Cup. Mexico had also participated in the previous two FIVB World Championships.

Below, you’ll find complete results from all of the tournament’s games:

With today’s results, the field for the 2018 is complete. It is as follows: