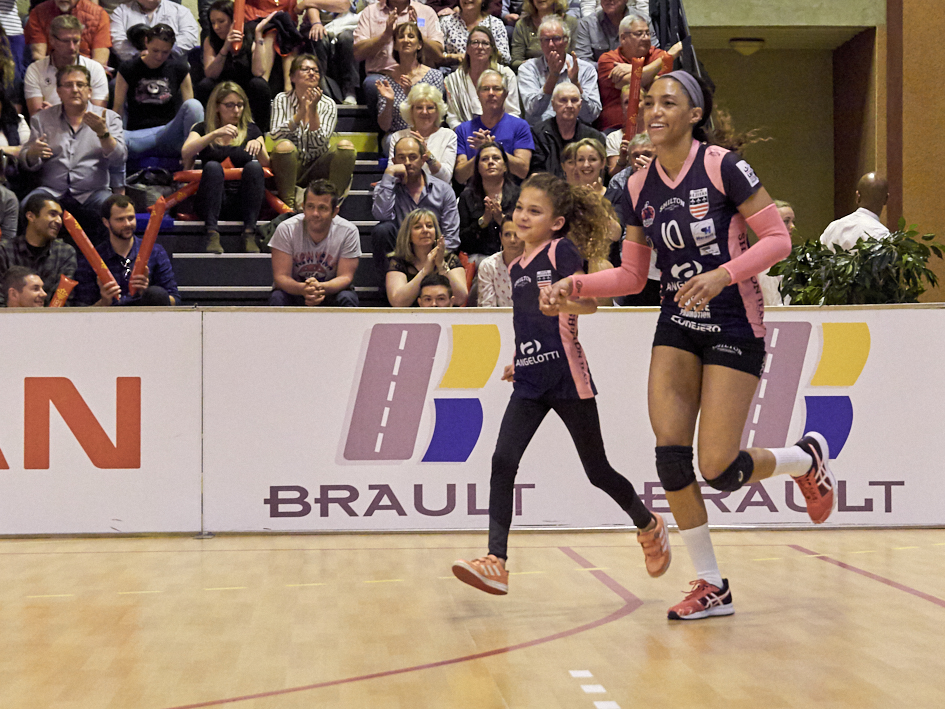 Long Beach State graduate Janisa Johnson chose not to have a summer vacation this year. Just a week after her season with French Club Beziers ended, she boarded a plane to the Philippines to join Balipure in the Premier Volleyball League Reinforced Conference. She debuted with a 31 point performance in her team’s five-set victory over Petro Gazz, 22-25, 25-23, 28-26, 22-25, 15-12.

Old enough to be considered an older sister to her teammates, mostly high-school aged teenagers, Johnson says she cherishes the “mother” role within the team (Spin.ph):

“It’s different here in the Philippines, but you know it’s kind of refreshing because I can help them and they can help me. And they’re so cute, they’re so adorable I feel like a mom to them on the court, but it’s good to see them listen. When I was their age, I didn’t have someone pushing me. I didn’t have that kind of experience, I had to learn everything myself. So if I can help them in any way possible, I will do it.”

Johnson graduated from Long Beach State n 2013 and has since played in France, Finland, and Germany. A competent all-around player, she finished her four seasons with the 49ers ranked sixth in school history in career digs, making 1,196 while primarily playing as an outside hitter. She averaged 2.79 kills per for her career. A first-team All-Big West selection as a senior, Johnson also won National Player of the Week honors once. She was also a very good beach volleyball player, posting a 21-0 overall record during the 2013 season, and won a match with Tyler Jackson in the national finals, helping the 49ers win their first Beach Volleyball National Championship.

From one court to the next 🏐🇵🇭 #Philippines #Balipure #WaterDefenders