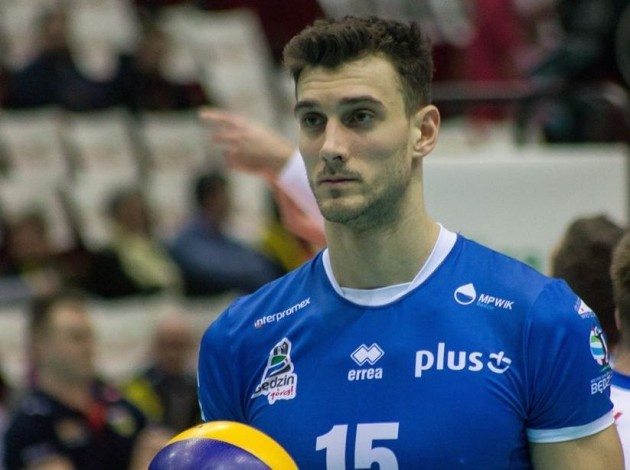 Current German Bundesliga Champions Berlin Recycling Volley has announced in its official website that it has reached a contract extension with USA’s Kyle Russell, or as the German media calls him, “The Californian with the biceps mountains” or “the man with the magnum mustache.” Russell had a successful first season with the club, although in a reserve role, always giving the team a spark off the bench when necessary.

The 6’9″ UC Irvine graduate Russell played for Team USA at 2015 Pan American Cup team and was a staple in many of Team USA’s youth teams. He will now undergo his fourth professional season since graduating.

Here are Russel’s thoughts on his extension:

“The city, the club, the fans – everything fits together. In Berlin, you always strive for the maximum and that is also my personal claim.”‘ll give the team a lot of energy for the new season. I am looking forward to the start of the season in October!”

“Russel is an exemplary sportsman, who always gives everything for our team with positive energy. Everybody is convinced of his outstanding athleticism. For Kyle it will now be about developing technically. He has already made important progress with Stelian as coach. Now he has to work intensively with Cedric.” – BR Volley’s manager Kaweh Niroomand