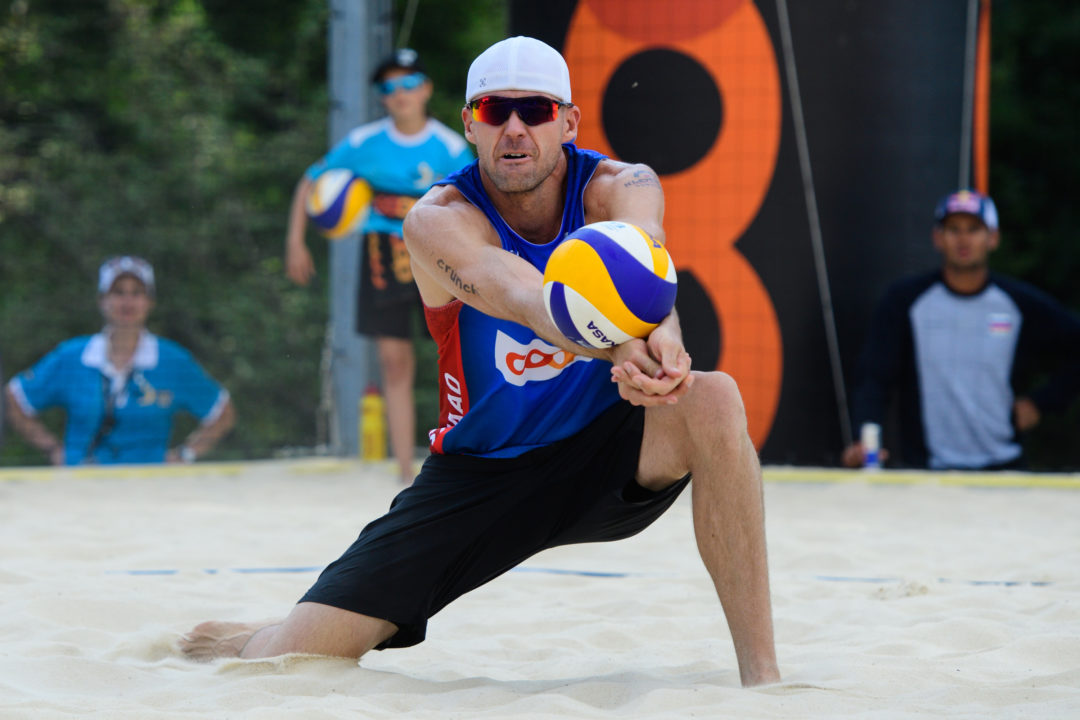 The men's podium at the Gstaad Major will be full of new faces as the last of the previous three years' medalists fell in the quarterfinals on Friday. Paolo Nicolai/Daniele Lupo (Italy), Anders Mol/Christian Sorum (Norway), Pablo Herrera/Adrian Gavira (Spain) and Taylor Crabb/Jake Gibb (USA) remain. Current Photo via FIVB

The men’s podium at the Gstaad Major will be full of new faces as the last of the previous three years’ medalists fell in the quarterfinals on Friday.

The final four teams that will fight for the Gstaad Major podium positions are: No. 12 Paolo Nicolai/Daniele Lupo (Italy), No. 15 Anders Mol/Christian Sorum (Norway), No. 6 Pablo Herrera/Adrian Gavira (Spain) and No. 21 Taylor Crabb/Jake Gibb (USA).

The Italians will face the Spaniards, while the Norwegians and Americans will meet for a spot in the finals.

Crabb/Gibb went the distance en route to the semifinals, dropping their opening set of Round 3, before advancing in tiebreak. It was the pair’s first match of the day after its Round 2 opponents suffered an injury.

The day began for the men with the second elimination round, cutting the field from 16 to eight. Two of the matches went to tiebreak, with Mol/Sorum and Brouwer/Meeuwsen moving on.