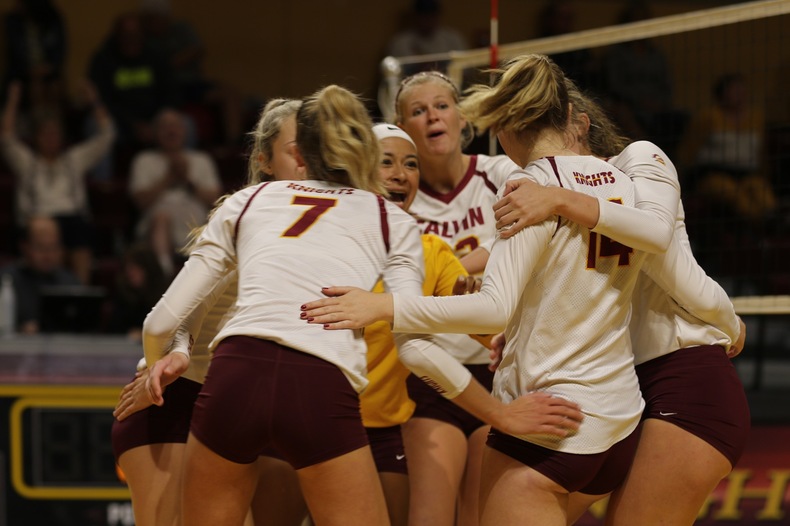 Defending champion Claremont-Mudd-Scripps, Wittenberg and Johnson & Wales (R.I.) rounded out the top five. CMS moved up a spot to No. 3 and earned one first place vote after a 4-0 weekend at Trinity University. Wittenberg dropped a spot to No. 4 but was picked first by two voters after a 2-1 showing at the ASICS Invitational. Johnson & Wales claimed the No. 5 spot, shifting up one place from last week with wins over Colby-Sawyer and St. Joseph (Conn.).

Just one team dropped out of the Top 10 as Illinois Wesleyan fell one spot from 10 to 11 despite rebounding from a midweek loss to Washington-St. Louis with three wins at the Holiday Inn Express Classic. Pacific Lutheran checked in at No. 10, up two places from last week’s No. 12 position with a 3-1 mark including a 3-0 loss to No. 2 Colorado College in the weekend finale.

Big moves happened beyond the top 10 however with Washington-St. Louis vaulting up seven spots from 19 to 12 and Thomas More leaping nine spots from 23 to 14 with an 8-0 mark. Wash U went 4-0 on the week at the Bear Invite, including a four-set win over then-No. 13 Carthage. The Bears will be tested this week, however, with matchups against No. 15 Cal Lutheran, No. 13 Juniata and No. 3 Claremont-Mudd-Scripps.

Eleven teams mentioned on only one ballot for a total of 21 combined points.