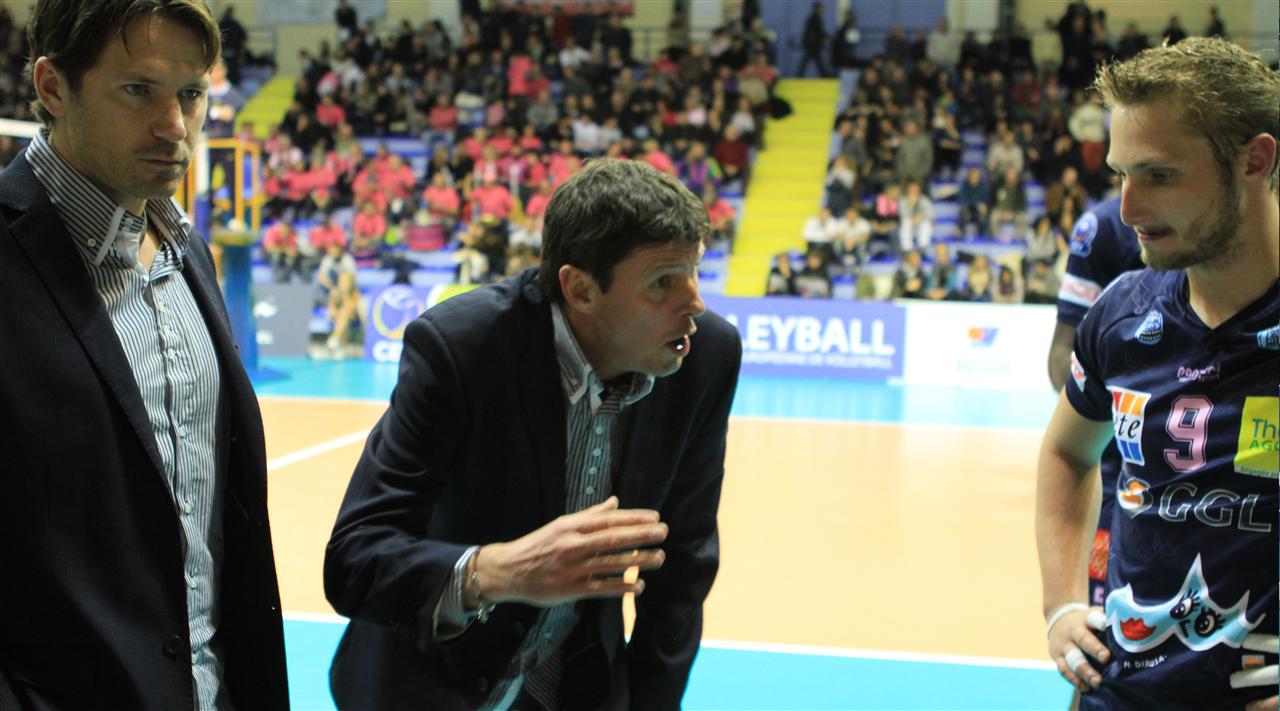 Tours VB and its current coach, Cédric Enard, have failed to reach an agreement for a contract extension due to the coach's extended duties with the French Male National Team Current Photo via CEV

It has been reported by the French media that Tours VB and Cédric Enard have failed to reach an agreement for a contract extension due to the coach’s extended duties with France’s Male National Team. According to reports, Tours wants to have a full-time head coach on its staff for next season. Here is what Enard had to say of the situation:

“I refused the extension proposal to favor the French team, it’s heart breaking, but I had to make my choice.”

As his replacement, the team has announced former Tours and French national team player Patrick Duflos, who will return to France after leaving Sète in 2016 with coach of the year honors. Duflos, which amassed 253 caps for the French national team between 1985 and 1995, and currently coaches Polish PlusLiga’s Lubin, was very excited with the agreement:

“It’s a real pride and a real recognition to be recruited by the biggest French club of the last ten years. I know it will not be easy because there is a lot of pressure in Tours, but the challenge is super exciting. When one come to Tours, it’s to win titles. When I met with the club’s management, we did not even mention the team’s objectives in our discussions because I know what they are. The pressure will be hard, but I, too, want to win titles.

Lubin’s staff wanted me to prolong my adventure with the team. We are not far from the best teams in PlusLiga. They made me a proposal in this sense and were disappointed when I told them that I would return to France. But Tours, that is an offer you do not refuse.”

Tours currently sits in 2nd place of LNV’s standings with a 12-5 record.

Tours VB has recently announced a massive renovation to its arena.