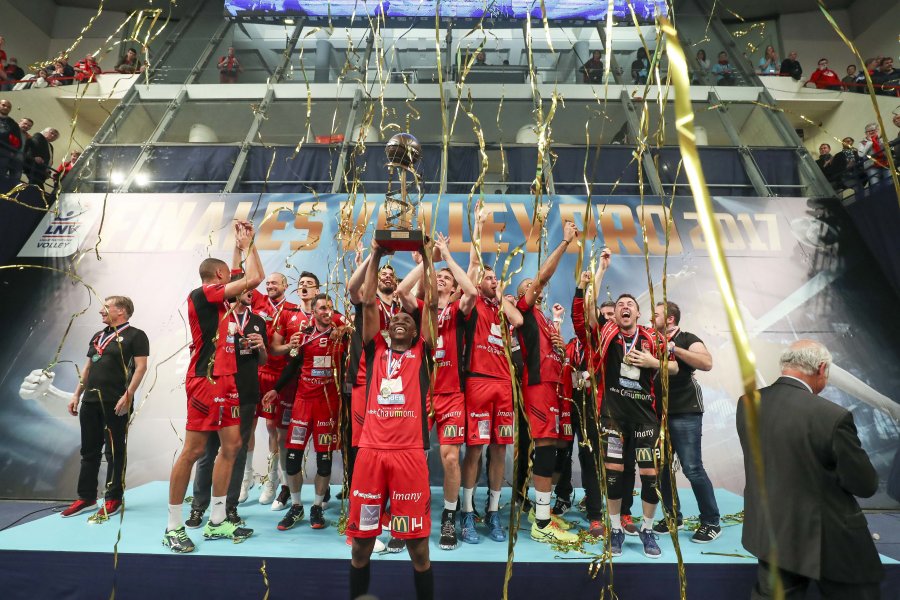 French club presidents decided to take important steps in order to make the French league meet standards similar to those of Italy's Liga A1 and Poland's PlusLiga. Current Photo via Lnv.fr

The success of France’s Men’s National Team is starting to rub off into France’s domestic league. The 12 clubs that make up the competition have met in Paris to decide on renovations for the league, according to Lequipe.fr. After serious debate, representatives from the clubs decided to take important steps in order to make the league meet standards similar to those of Italy’s Liga A1 and Poland’s PlusLiga.

With this in mind, effective next season, video challenges, which are are currently only present in televised games, teraflex or gerflox flooring, and LED advertising will be mandatory in all matches. For the next seasons, Jumbo-trons and a dress code will be implemented, and more importantly, a fixed minimum budget, that is yet to be decided, but should be in the ball park of 1 to 1.5 million euros, should be adopted by all teams.

In addition, it was also voted for the league to go back to its 14 team format with a single relegation, effective next season. The French Cup also suffered modifications, and will now follow Italy’s A1 standards, with the top eight teams in the first leg of the French Championship fielding the seeds. All changes will be validated by the league’s general management in the next few weeks.