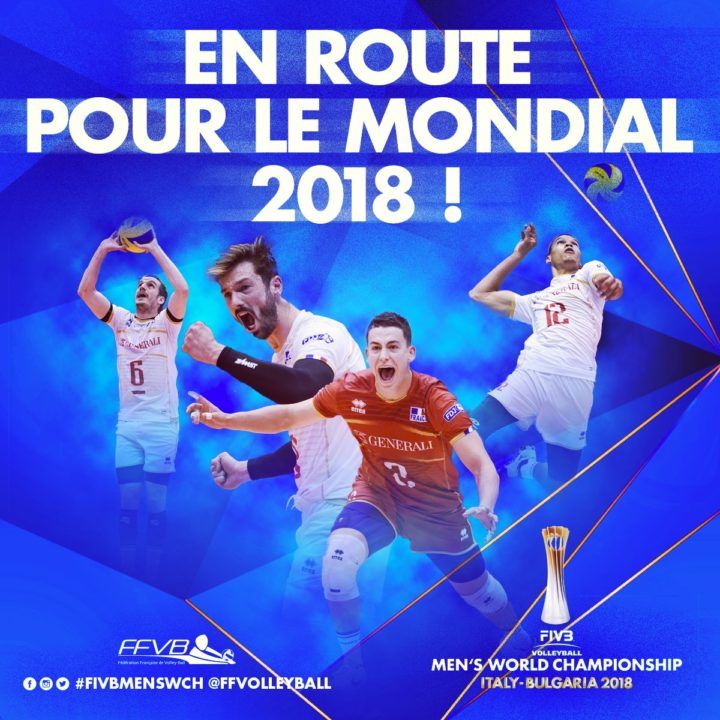 The French went 5-0 to win the pool, which took place in Lyon, France. Germany claimed the second spot at 4-1, earning its place in the European Qualifying third round. Current Photo via France Volleyball

France punched its ticket to the FIVB World Championships with a sweep of Germany in the Pool A finale. The French went 5-0 to win the pool, which took place in Lyon, France. Germany claimed the second spot at 4-1, earning its place in the European Qualifying third round.

France, the Netherlands, Slovenia, Russia, Serbia and Finland earned the automatic berths to the 2018 FIVB World Championships by winning their respective pools at the European Qualifiers.

All three sets started evenly with the teams divided by one or two points at the first timeout, but Azerbaijan pulled away in the second half en route to the 25-16, 25-17, 25-20 sweep.

Azerbaijan served up seven ace and racked up eight blocks to hold down the Icelandic effort in the match. Azerbaijan hit at a 55 percent clip, while Iceland managed just a 36 percent effort.

In addition to Gokgoz, Yigit Gulmezoglu put down 11 points, including eight kills and a team-best two aces.

Oleh Plotnytskyi turned in 10 points to lead the Ukrainian effort.

The French gave up their 8-5 lead in Set 2, falling behind 16-15, before rebounding for the 25-20 win. Other than that, the team led the match nearly throughout.

France put up 15 blocks and served up six aces in the victory. Seven miscues also aided the French effort. Germany did win the offensive efficiency battle with 45 percent to France’s 40.

Christian Fromm chalked up 19 points for the Germans, including a match-high 18 kills, and Denys Kaliberda added 11, including three blocks.