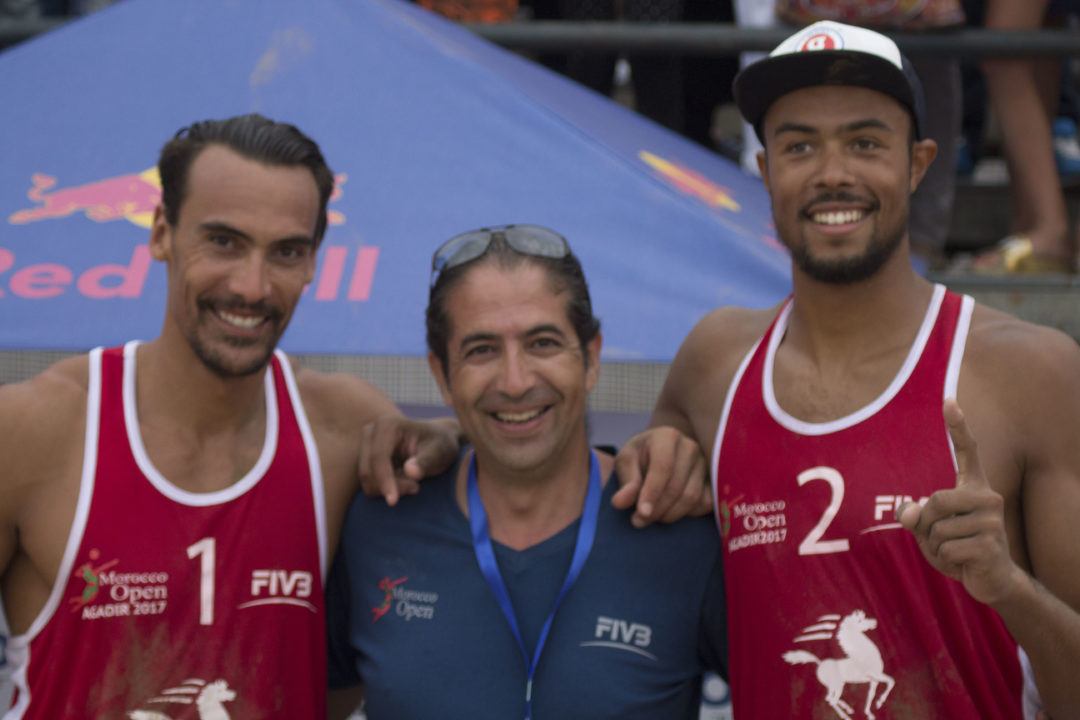 The eight-seeded French duo scored the title in just 34 minutes, with a 21-18, 21-14 victory, which gave Krou his second ever tour gold, following a 2014 win in Xiamen. Krou/Aye made their way to the title match with a 21-12, 21-16 semifinal win over home-standing  Zouheir El Graoui and Mohamed Abicha of Morocco.

No. 2 seed Bahman Salemiinjehboroun and Rahman Raoufi of Iran took the bronze, rebounding from a three-set loss to Julio/Tijan with a come-from-behind win over El Graoui/Abicha.  The Moroccans held off the Iranians 21-19 in the first set of the third-place match, but Salemi/Raoufi rallied for the 21-19 Set 2 win and snagged the bronze as the ball sailed long on their second match point chance at 16-14 in the tie breaker.

Although the Moroccans finished off the podium, the fourth-place finish by El Graoui/Abicha marked the best effort by the country in 2017.