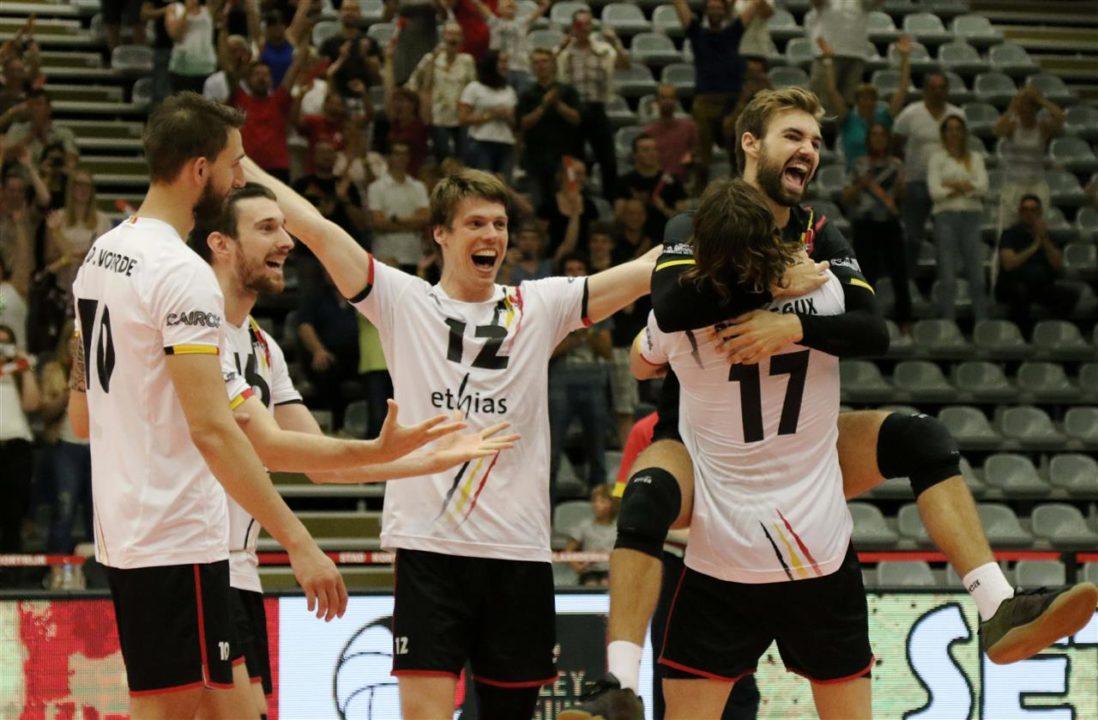 Belgium becomes the 10th and final European squad to earn their bid to the 2018 FIVB Volleyball Men’s World Championships... Current Photo via CEV

Belgium becomes the 10th and final European squad to earn their bid to the 2018 FIVB Volleyball Men’s World Championships that will be co-hosted by Italy and Bulgaria.

The Belgium side qualified after taking down Estonia in a four-set match on the closing day of the six-team single round-robin pool of the European qualifiers Round 3. Belgium needed to win just two-sets to claim their spot at Worlds, while Estonia needed a sweep of a four-set win to earn their full points.

It was looking the way of the Estonians after the first set, as they won 25-22 to take a 1-0 lead. However, they were not able to handle their lead, letting Belgium take the momentum and the match, as they won the final three sets to qualify. The final score was 3-1, (22-25, 25-20, 25-19, 25-15). In the final set, both teams brought out their reserves to compete, with Belgium’s side dominating.

Belgium’s top-scorer was Gert van Walle who came off the bench in the first set to score 13 points in the match, while Sam Deroo added another 11 points. From the service line, Belgium out-served Estonia 12-1.

There are 10 European teams that have qualified for the World Championships that will be held next year. Two Asian crews join the list of qualified teams so far, with an addition 12 that will qualify later in the year.

Italy and Bulgaria earn their bid to the tournament as hosts.

Below are the qualified teams so far:

Below are the remaining qualification events: