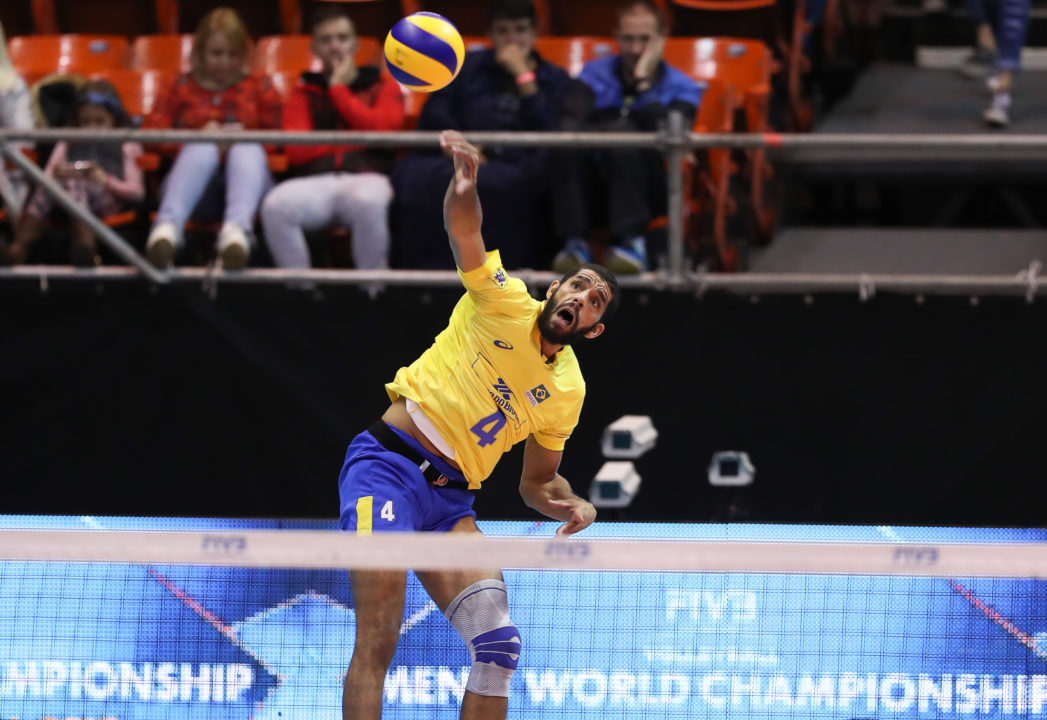 At his new club, Wallace will join a team that finished its maiden Superliga run in third place, a surprising performance for a debuting team Current Photo via FIVB

Superliga’s SESC/RJ has announced in its official Instagram that it has signed Olympic champion Wallace Souza to its roster. The 6’6″ 33-year old opposite is transferring out of Taubaté. Brazil’s starting opposite since 2012, Wallace has also shined bright in domestic play, being best remembered as Sada Cruzeiro‘s ace in the team’s domination of World volleyball in the first half of the decade.

“We have everything we need to have a great season. The team has been well assembled, each player has individual talents that complement each other. I want to try to help the team in the best way possible, to have a good use and to assist in its achievements. The biggest obvious goal is to reach the championship final and be the champions.”

At his new club, Wallace will join a team that finished its maiden Superliga run in third place, a surprising performance for a debuting team. The team has also extended ties with Olympic champions Maurio Souza and Mauricio Borges for the next season, in addition to adding Bulgarian Rosalin Panchev, the first foreigner to ever play for the club.