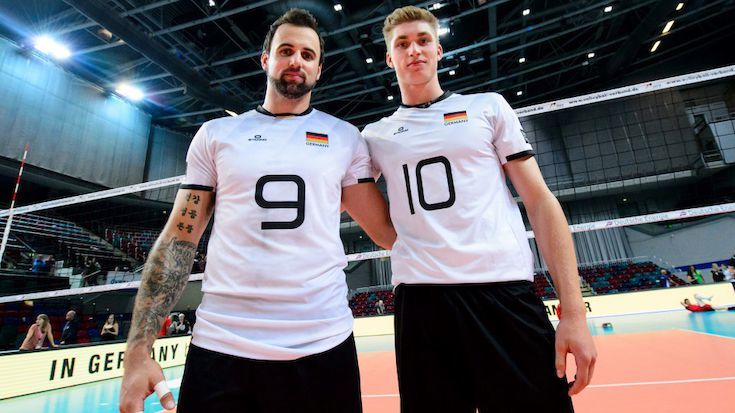 Germany Coach Andrea Giani has named the 14 members who will represent the country at the CEV European Championships in Poland later this month.

Compared to the average age of 27.3 that competed in that event, this side is much younger, averaging just 25 years of age with seven players participating in their first Euro Championships. Leading the youth movement will be outside Linus Weber, who won’t turn 19 until November.

At 32 years, the oldest player is opposite Georg Grozer, with this competition marking his sixth appearance at the Euro Championships. Middle blocker Marcus Böhme has the most internationals with 253.  Setter Lukas Kampa, who plays professionally for Jastrzebski Wegiel in Poland but was not on Germany’s 2017 World League roster, will captain the squad. Notable absences from the World League roster include young middle blocker, Tobias Krick, but one of the top scorers in Group 2 World League, opposite Simon Hirsch, will be in Poland.

The German side finished 8th at the 2015 championship. Pool B also includes Czech Republic, Italy and Slovakia.