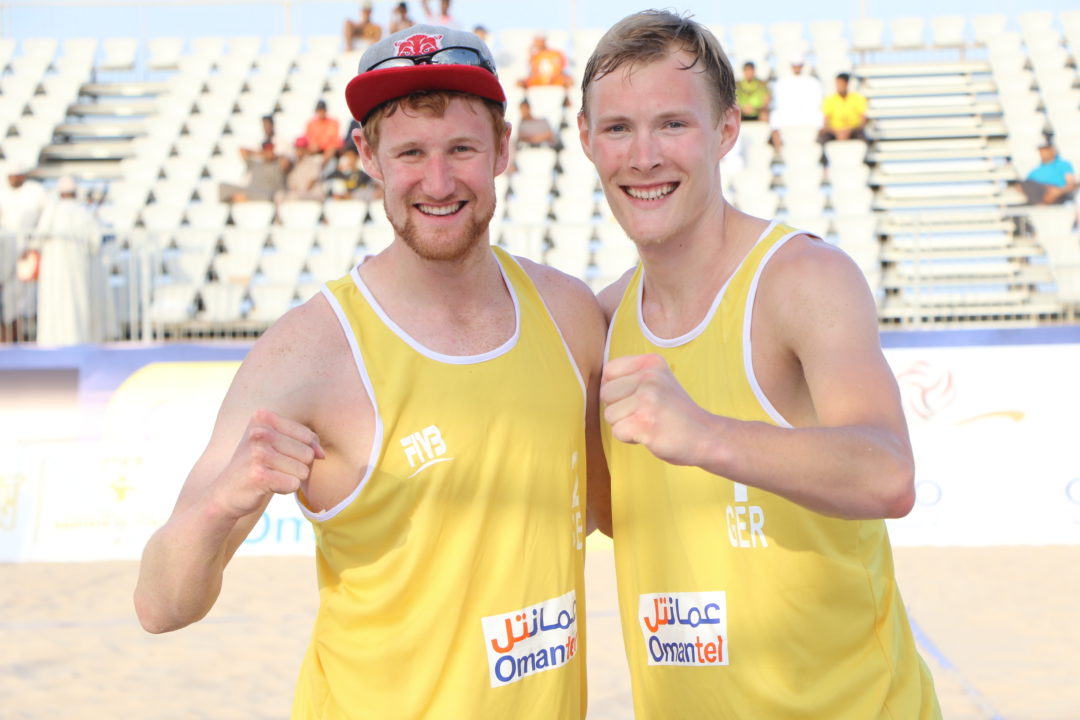 Germans Philipp Arne Bergmann and Yannick Harms won the gold medal with a three-set win over Italians Tiziano Andreatta/Andrea Abbiati and a straight-set win over Iranian  No. 1 seed Rahman Raoufi/Haman Salemiinjehboroun on Saturday. The No. 2 overall seed secured their best ever finish in five tournaments as a pairing, topping a ninth place finish at the Aaslmeer One Star in October.

The Italians wound up with the bronze medal after topping hometown stars Nouh Al-Jalbubi/Mazin Alhashmi (Oman) in straight sets in the third place match.

The Iranians advanced to the final with a straight set win over Al-Jalbubu/Alhashmi. 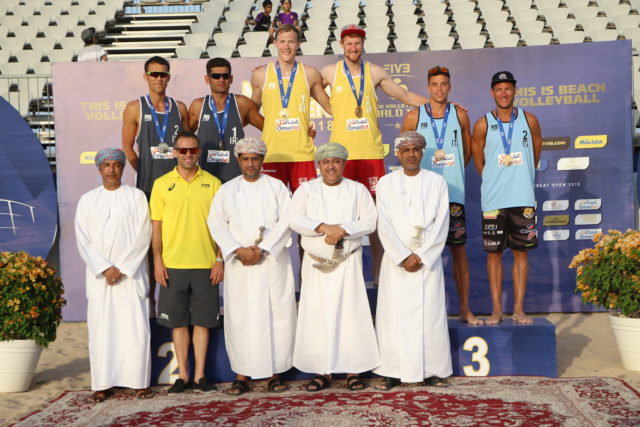 All four teams notched their best FIVB finishes. Previously, Raoufi/Salemi’s last podium finish came in July in the form of a bronze at the Agadir One Star. Andreatta/Abbiati had finished as high as ninth twice, while Al-Jalbubi/Alhashmi are in just their four tournament together and first FIVB event, following three 17th place finishes.

Bergmann/Harms and Andreatta/Abbiati were the lone teams in the tournament to play more than one three set match. The Germans won in both the quarterfinals and semifinals in tiebreaks, while the Italians won in pool play and lost in the semis. Only five of the tournament’s 40 matches went the distance.

The Germans, Iranians and Italians won their respective pools earning free passes to the quarterfinals.