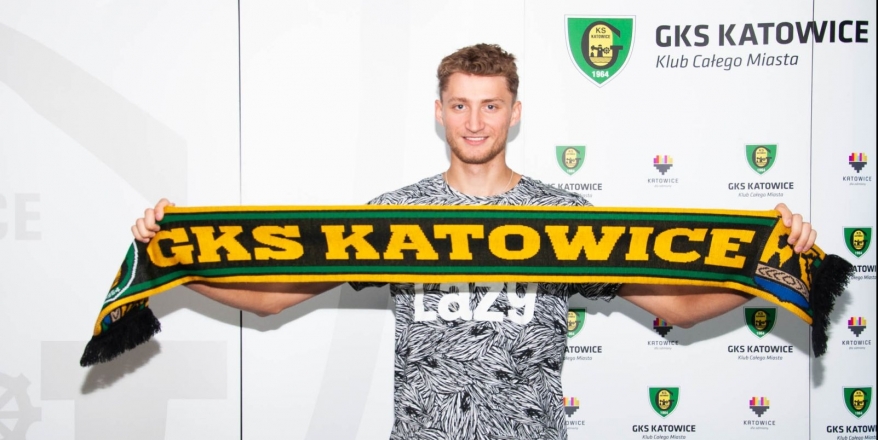 Dawid's choice of wardrobe for his presentation called the attention of fans Current Photo via siatkowka.gkskatowice.eu

PlusLiga’s GKS Katowice has announced in its official website the signing of Dawid Woch to its roster. The 21-year-old 6’6″ middle blocker, who is transferring out of France’s Nice BV, is one of the most promising European prospects at the position, having won gold at the 2015 FIVB U19 World Championship, and 2015 CEV U19 and CEV U20 European Championships with Poland’s youth teams.

Here is what GKS’s general manager, Dariusz Łyczko, had to say of the transfer:

“Dawid is a young and ambitious player who fits in very well with our team. I am convinced that he will strengthen the competition in the middle of the net and will want to develop in our club under the supervision of Piotr Gruszka.”

As fans noticed in Dawid’s presentation pic with the club, he is wearing a jersey with the English word “lazy” in it, which makes for a horrible first impression. The player took to his personal Instagram page to make fun of his unfortunate choice of clothes for the picture:

“Aaaaa!!! I am very happy that next season I will defend the colors @gkskatowice_eu 🏋️♂️🏋️♂️🏋️♂️ Thus, I would like to thank Bedzin and Nice for beautiful moments last season, in which I could get to know different styles of volleyball, collect invaluable experience, and visit many beautiful places. My t-shirt is holiday wear and just a pijam. For me the season has already started 💪💪 See You Katowice!”