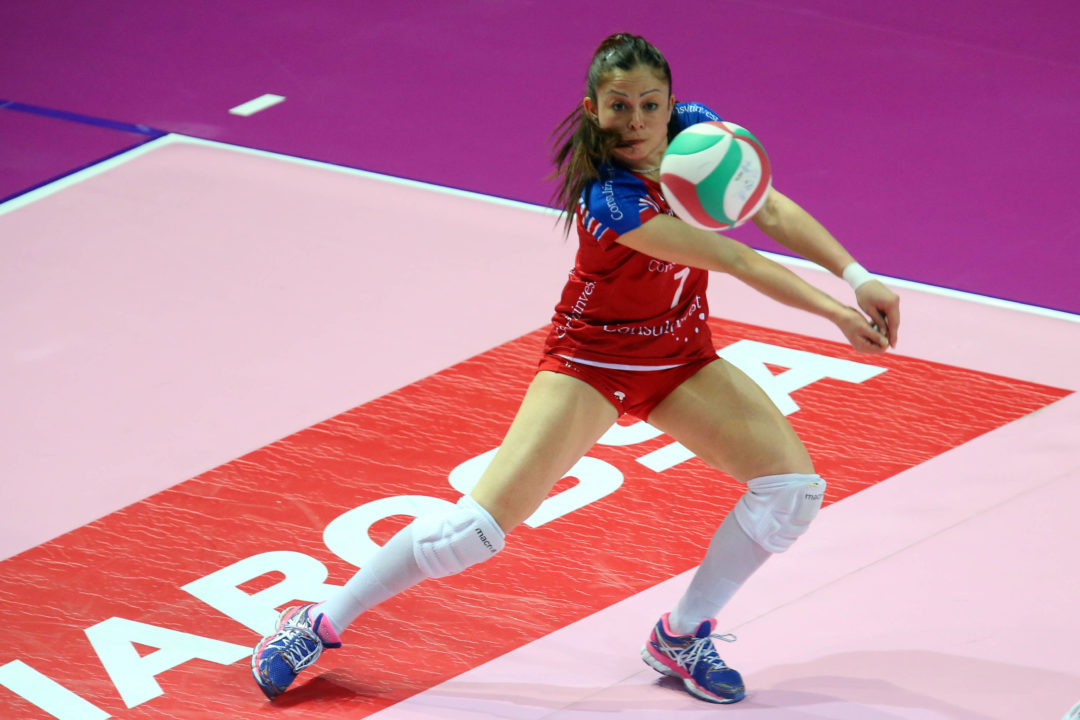 Italy’s Filotranno has announced in its official website that it has signed Paola Cardullo to its roster. The 35-year-old libero, who contemplated retirement at the end of last season, had a change of heart, and decided to go for one more run and add to her plentiful domestic resume which has in it more than 500 matches played in Italian championships and cups. Internationally, she needs no introductions, sporting 289 caps with her national team, and having won a World Championship in 2002 (also best libero), two European Championships in 2007 and 2009 (also best libero in both competitions), a World Cup in 2007 (also best libero), and a Grand Champions Cup in 2009. She was also the MVP of the 2003 World Grand Prix, even though Italy finished in a lowly 5th place.

Here are her first words as a member of Fillotrano:

“The courtship of the team was one of the determining situations. I found people who really cared about me when I arrived at Filottrano, with humanity, a factor that does not exist in this environment anymore. I felt good feelings. In life, then, I never exclude anything, I go by feeling. When I left Novara I went to Villa Cortese, which was also newly promoted A1 club. Never say never, it’s the beauty of sport, it’s the beauty of not setting limits.

I work to improve myself where I know I have to improve. That of Lardini is a new challenge for me. It’s the first time I’m the oldest player in the roster, in the past I’ve always had reference and support partners. It certainly represents a great motivation. I have worked together with Luca Chiappini before in the past and I found myself very well. I do not deny that his presence on the bench was another element to accept Filottrano’s proposal. The team is new, but it is set well and is balanced. I believe we can create a nice group. It will be a championship in which the big teams will make history, but there are conditions for smaller teams to do well, to have fun and entertain, trying to make people close to us.”

At Filotranno, Cardullo will find a squad that had a very rough 2017/18 season. Its 7-15 record landed it a second-to-last 11th place finish. This means that the team will now have to participate in a play-in tournament to remain in Serie A1. Fillotrano however, has not let its guard down, and is set on building up a competitive squad for the season ahead.