Ground is Broken for Lokomotiv’s New Home in Novosibirsk 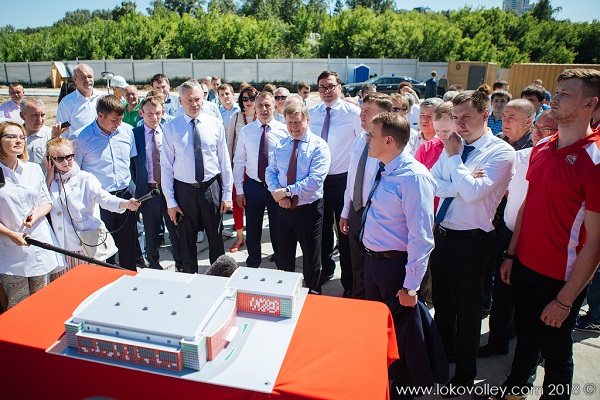 Several high ranking officials took part in the "first stone" ceremony marking the beginning of construction of a facility which will house the Lokomotiv Volleyball Club and Russian national teams. Current Photo via Lokomotiv Volley

NOVOSIBIRSK, Russia – Several high ranking officials, including the action governor of the region, the mayor, the President of the Russian Volleyball Federation and the CEV Vice President, were in town for the “first stone” ceremony marking the beginning of construction of a facility which will house the Lokomotiv Volleyball Club.

The new volleyball center, which will lie near the intersection of Frunze Street and the Hippodrome City of Novosibirsk, will also serve as the training ground for the Russian men’s and women’s national teams.

“We are taking the participation of our professional team Lokomotiv in Russian and international competitions to the next level, therefore this facility is very important,” said the Acting Governor of the Novosibirsk Region, Andrey Travnikov.

The 20,000 square meter facility will include two arenas, one for training and one for competition, with capacities of more than 5,000. The Russian government has supplied a budget of nearly $62 million (4 billion roubles) for the construction of this center as well as other across the ten regions of the Russian Federation.

“I want to congratulate all the fans, as they have been waiting for a long time for the construction of this center,” said Stanislav Shevchenko, President of the Russian Volleyball Federation and CEV Vice-President. “Many thanks to the leadership of the region and the city and, of course, to all partners involved in the project. We plan to hold international competitions here in June/July 2020. We have also drafted plans for this center to become the training base for our men’s and women’s national teams in their preparations for the Tokyo Olympics in 2020.”

The Lokomotiv players seem to be happy with the construction project.

“It seems to me that we will have our own home,” middle blocker Iliyas Kurkaev said. “We will no longer depend on someone else to train and play, since this will be our home.” 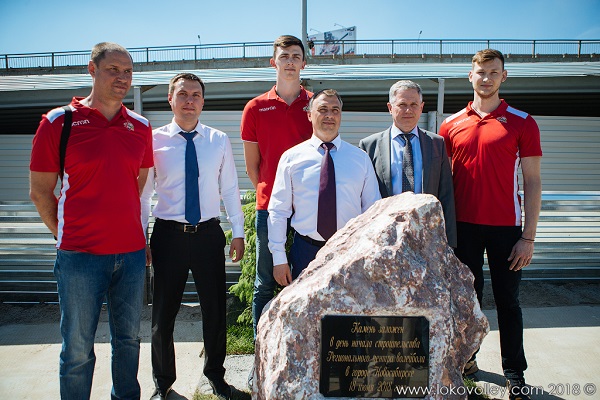