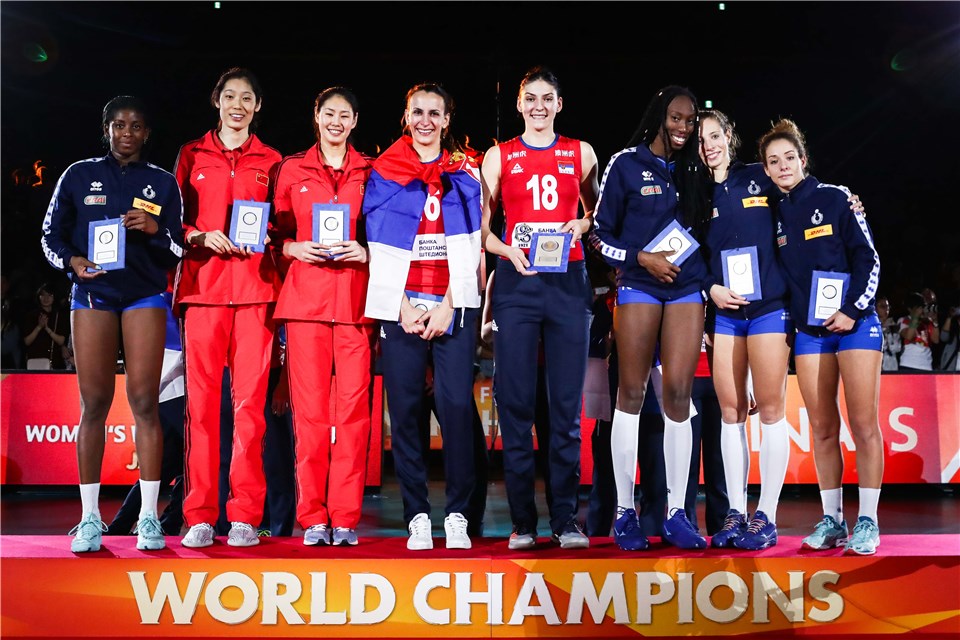 The recently ended Women’s WCH presented fans with masterful performances from the world’s best players. We were able to witnessed in the Japanese courts the best the sport of volleyball has to offer. The FIVB chose its Dream Team of players who impressed the most, and with it, a sight of the sport’s future, as 5 players in the list are 23-years-old or younger:

Tijana was the most important offensive cog in the gold medal Serbian team. The 6’4″ opposite, only 21 years old, scored the ball at a 5.36 points/set clip at a ridiculous 53.66% efficiency. If the FIVB’s reasoning behind the MVP accolade was to award the best player in the tournament’s best team, then it did right by gifting Boskovic the MVP Trophy. However, if the institution aimed to gift the competition’s best player, it made a serious mistake, as the following player on the list was the clear choice in that category. 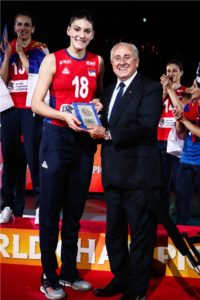 Tijana Boskovic – Courtesy of the FIVB

Despite Boskovic’s masterful performance, Egonu just had the superior tournament, and if it wasn’t for her team’s tie-break defeat to Serbia at the championship game, she would be the deserving MVP instead. To start things of, Egonu scored at a much higher clip than Boskovic, an absolutely mind-boggling 6.6 points/set clip. Not only that, she also was a much better blocker (6th place) and server (2nd place) than Boskovic (25th and 28th place, respectively). To contextualize what kind of dominating performance she displayed in the tournament, she broke the competition’s single game scoring record with 45 points against China. Egonu is in a level by herself right now, a complete player. And she is only still 19 years old. 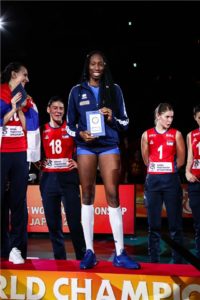 Paola Egonu – Courtesy of the FIVB

The FIVB awarded offensive production with its choices at the outside hitting position. Zhu was the competition’s 3rd highest scorer, while Sylla came in in the 7th spot. They were very effective hitters as well, with Zhu hitting at a 49.6% efficiency and Zhu at 45.5%. Both players didn’t figure well in the receiving end of the statistical tables, which shows that when it comes to prestige at the outside, it’s an offensive-first game. 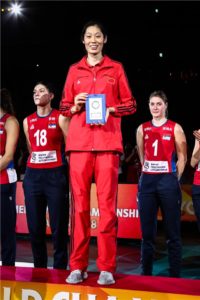 Ting Zhu – Courtesy of the FIVB 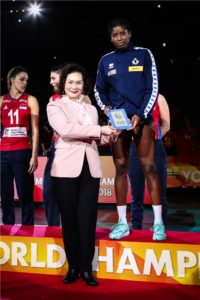 Myriam Sylla – Courtesy of the FIVB

Both FIVB choices displayed excellent defensive prowess. Yan led the competition with 0.89 blocks per set, with Rasic coming right behind in 3rd place at a 0.80 stuffs/set clip. Both players also held their on in the offensive side of the game, finishing the competition in the Top 15 in total scoring, with Yan hitting 56% and Rasic hitting 54%. 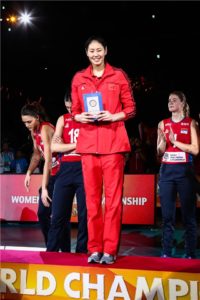 Yan Ni – Courtesy of the FIVB 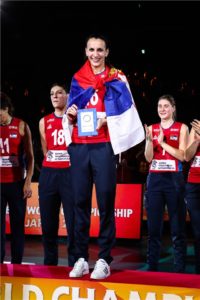 Milena Rasic – Courtesy of the FIVB

Malinov led the competition with 4 running sets/set. This is an important award for the 22-year-old, who struggled with injuries in her past international tournaments. 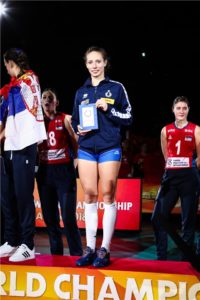 Ofelia Malinov – Courtesy of the FIVB

Gennaro was the competition’s 3rd best digger and receiver. 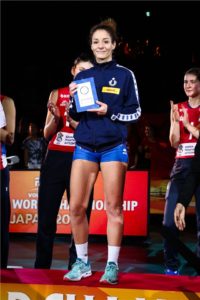