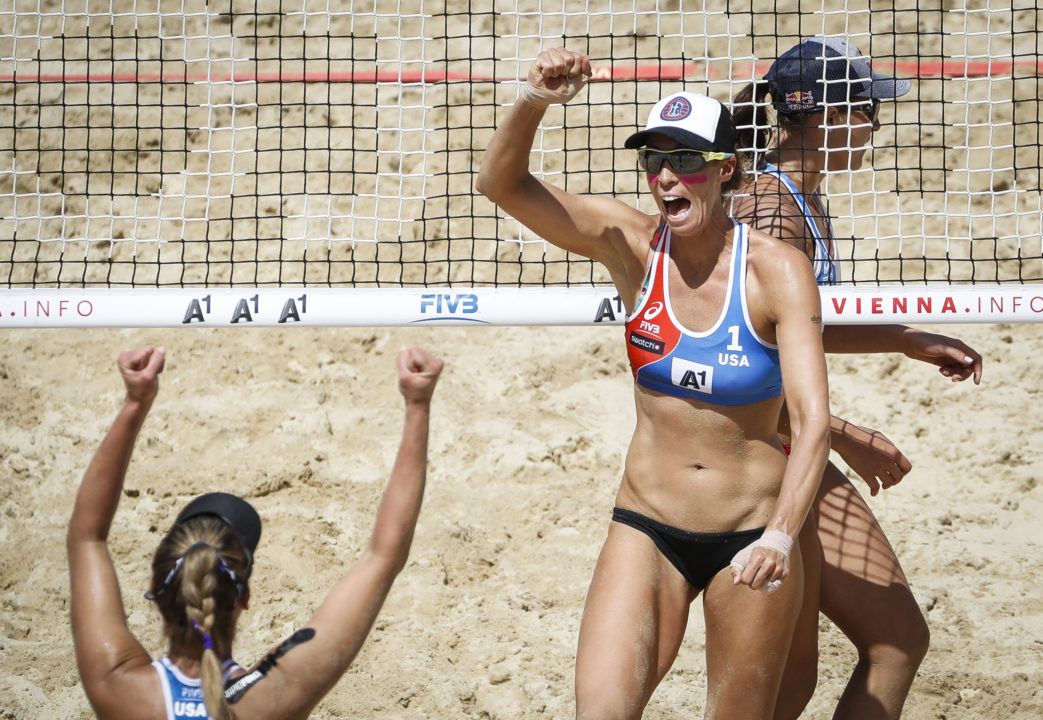 April Ross and Lauren Fendrick (above) secured a spot in the quarterfinals with a win over Barbora Hermannova and Marketa Slukova of the Czech Republic.  Current Photo via FIVB

Americans April Ross and Lauren Fendrick defeated the Czech Republic duo of Barbora Hermannova and Marketa Slukova in a three set match. The first set was close with the USA team just coming up short with a score of 19-21. In the second set, Ross/Fendrick pushed the Czechs to overtime, winning 23-21. The USA got in their groove for the third set, shutting out the Czech team with a score of 15-9.

For the majority of the match, the Hermannova/Slukova put pressure on Fendrick to pass and attack. Fendrick received 37 serves over the course of the match compared to Ross who only received 6. With Fendrick taking most of the serves, she also was the primary attacker for the team, tallying 46 total attempts to 16 for Ross. Both Ross and Fendrick were only able to squeeze one ace a piece throughout the match.

Throughout the match, the Czech Republic and the USA played evenly, however the USA was able to pull out the win with their defense. Fendrick totaled 6 blocks, more than the two players for the Czech Republic combined, with Ross adding a single block for a team total of 7. That defense continually put pressure on Hermannova/Slukova forcing them to make 23 errors, essentially giving up an entire set to the USA.

This was the first World Tour meeting between these two teams. With this win, the USA has moved on to the quarterfinals and will be facing Canada’s Heather Bansley and Brandie Wilkerson.